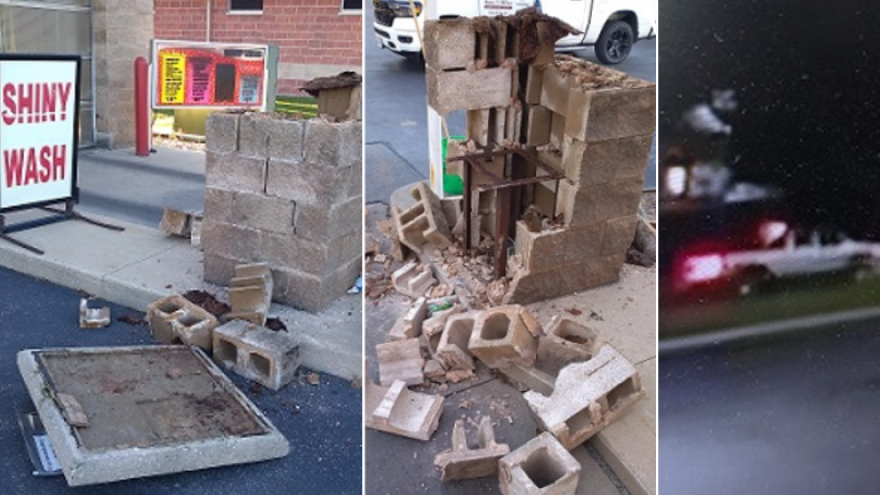 According to the Waupun Police Department, the incident happened overnight Sept. 18, at Shiny Wash car wash located at 200 Gateway Drive.

Police say the suspect(s) removed the top of the concrete station, smashed the cinderblock containing the machines, and forcibly removed the them. Each machine is valued at approximately $18,000.00, and it was estimated that the total amount of cash/change in both machines was $1700.00.

Investigators believe the suspect(s) parked behind an adjacent business and likely carried the machines to that location where miscellaneous coins were found by officers. Authorities also recovered a vise-grips pliers near the rear of the adjacent business.

Surveillance video from a nearby gas station showed a pickup truck, possibly a gray or silver colored Dodge/Ram with heavy rust around front and rear wheel wells, leaving the area around 2:17 a.m. on Sept. 19.

Police say the vehicle traveled eastbound on State Hwy 49, then turned southbound on U.S. Highway 151. It is unknown if the vehicle was involved in the incident at this time.

Anyone with information on this incident is asked to contact the Waupun Police Department at 920-324-7911.