Car vs semi on I-94: driver extricated, flown to hospital 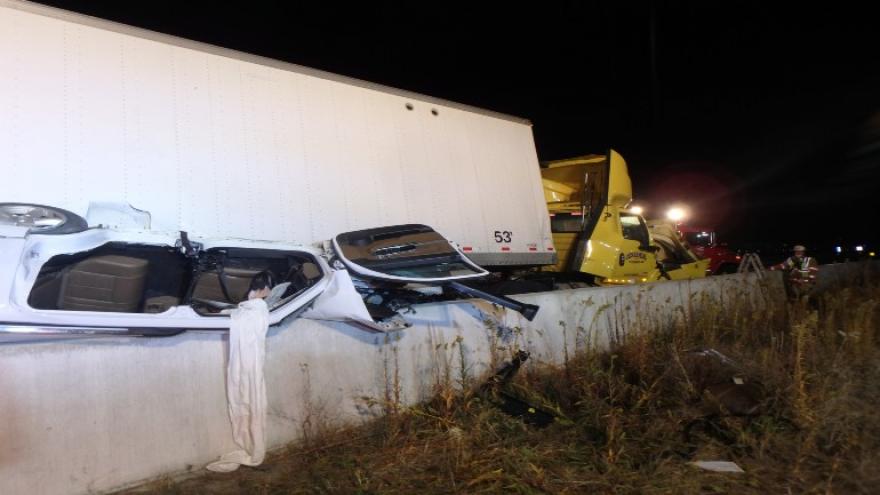 Officials say they found a tractor trailer pinning a badly damaged Jeep against the wall of the interstate.

The driver of the Jeep, 47year-old Tina McLain of Sheboygan, was extricated from the Jeep and taken via flight for life to the hospital.

Police say the investigation uncovered that McLain had struck a construction trailer with an electronic sign board, causing her Jeep to roll onto its passenger side, slide into traffic, and then crash with the trailer. 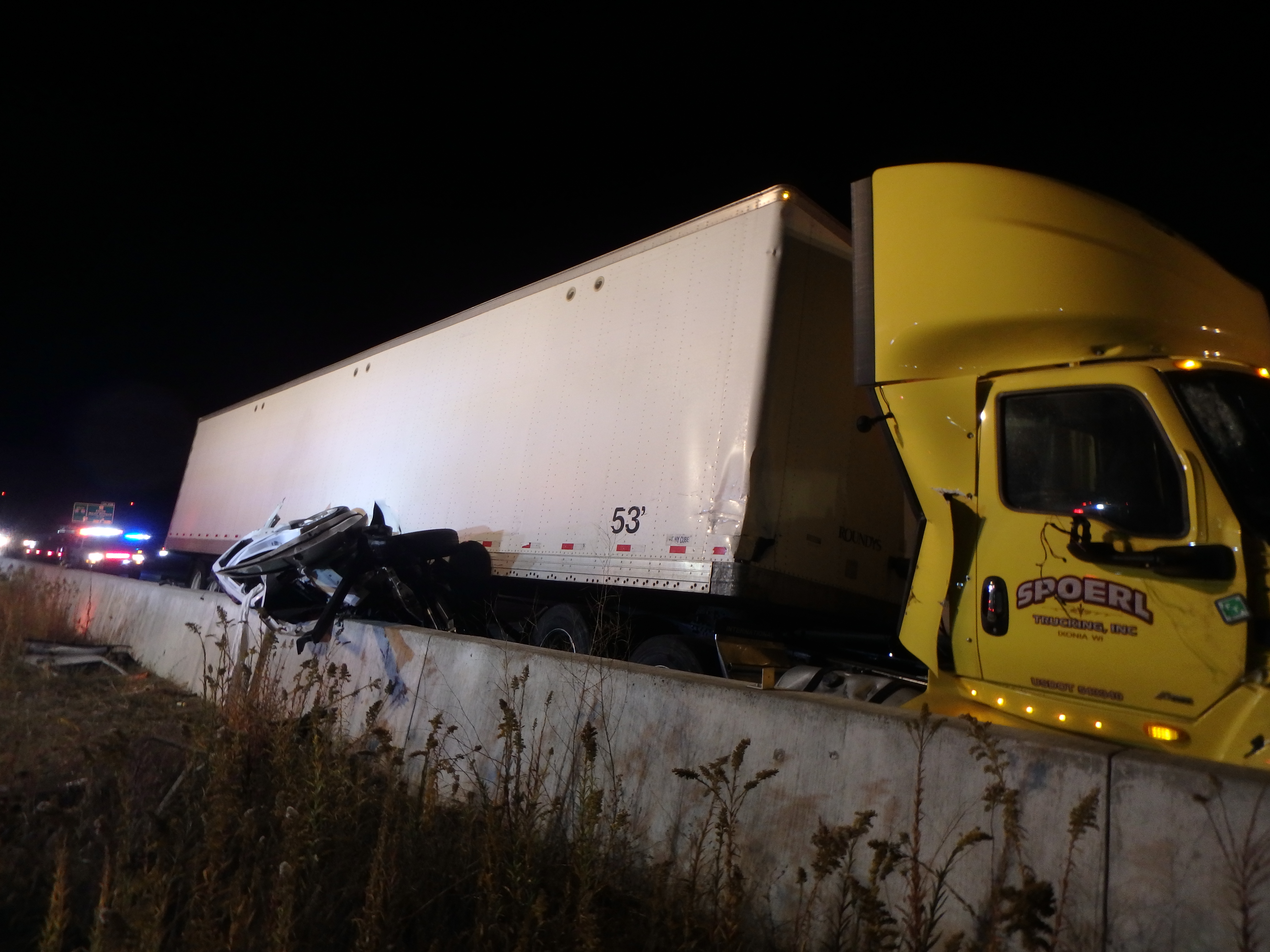