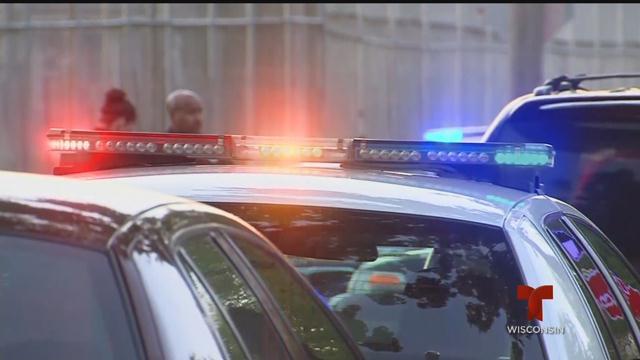 A Milwaukee mother is grateful that her son is okay.

Someone held him at gunpoint and stole the car he was driving.

Kathi Rodgers said her son was pumping gas at the Citgo on Sherman and Capitol around 5:30 Friday evening, when a group of teens threatened him with a gun if he didn't give up the keys to her car.

Rodgers said she later found out her car was involved, and left mangled.

Greg Rodgers said he just happened to be driving by, when learned that the suspects pointed a gun at the people involved in this incident, and ran off.

"You just never know. You're just walking on the store or something and you come out and they just pull a gun and say give me your keys. It's just out of control," said Greg Rodgers.

"For these young people to not care at all, about how hard I had to work to keep my car. And I almost lost my son over a car. They're not here to see my pain. Nobody's here to help me. I just have to move on and keep the faith," said Kathi Rodgers.

MPD have not named any suspects yet, but the Rodgers said hair, blood and clothing were found inside of her car.