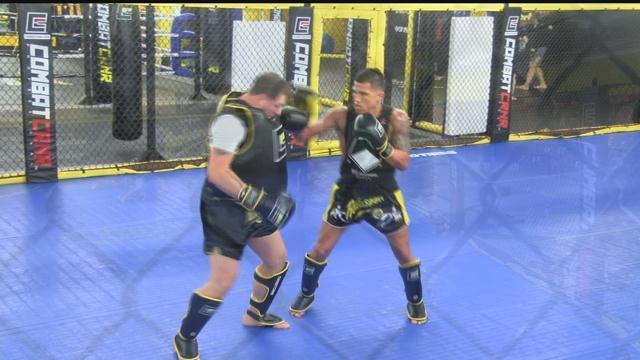 The preliminary investigation reveals that an unknown suspect used an accelerant to ignite two vehicles, which spread to a third vehicle.

MPD is currently seeking suspect(s) but none have been identified at this time.

MPD does not identify the victims of crime.

RoufuSport is the home gym of Pettis.

When contacted at the gym by phone, Scott Joffee tells CBS 58 that Pettis  had a conversation with owner Dick Roufus to express that he's okay.

Other than that, the gym is declining comment because the information is so new.

Pettis has the nickname "Showtime"  and is known for his powerful kicking.

He also has overcome great odds to rise in his sport and even get featured on the Wheaties box in 2015.

His cover photo was the first time in Wheaties' 91-year history that a UFC champ was featured.

"It's an amazing opportunity," Pettis told CBS 58 News at the time. "Something I never dreamed of as a kid. I wanted to be a professional athlete, but to be on a Wheaties?  It's crazy,"

Pettis has always been proud of his Milwaukee roots.

When recalling that personal tragedy he said, "I'm no stranger to how Milwaukee can turn bad quick."

Now he's seen another bad side.