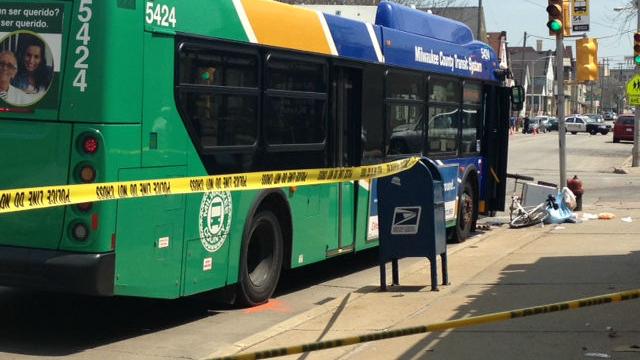 A man died after an accident on South 16th Street and Mitchell Street around 10:20 a.m.,according to Milwaukee Police. The victim worked at Paleteria Montealban, according to the owner. She said the 48-year old man started working at the ice cream shop this past weekend when they opened their doors.

Both vehicles had a green light. When the RAV4 tried to turn westbound on Mitchell Street, the two vehicles collided.  The Camry then hit a 48-year-old Milwaukee man on a bicycle.

The man was transported to a local hospital where he died from his injuries.  An autopsy will be conducted Friday (May 7).