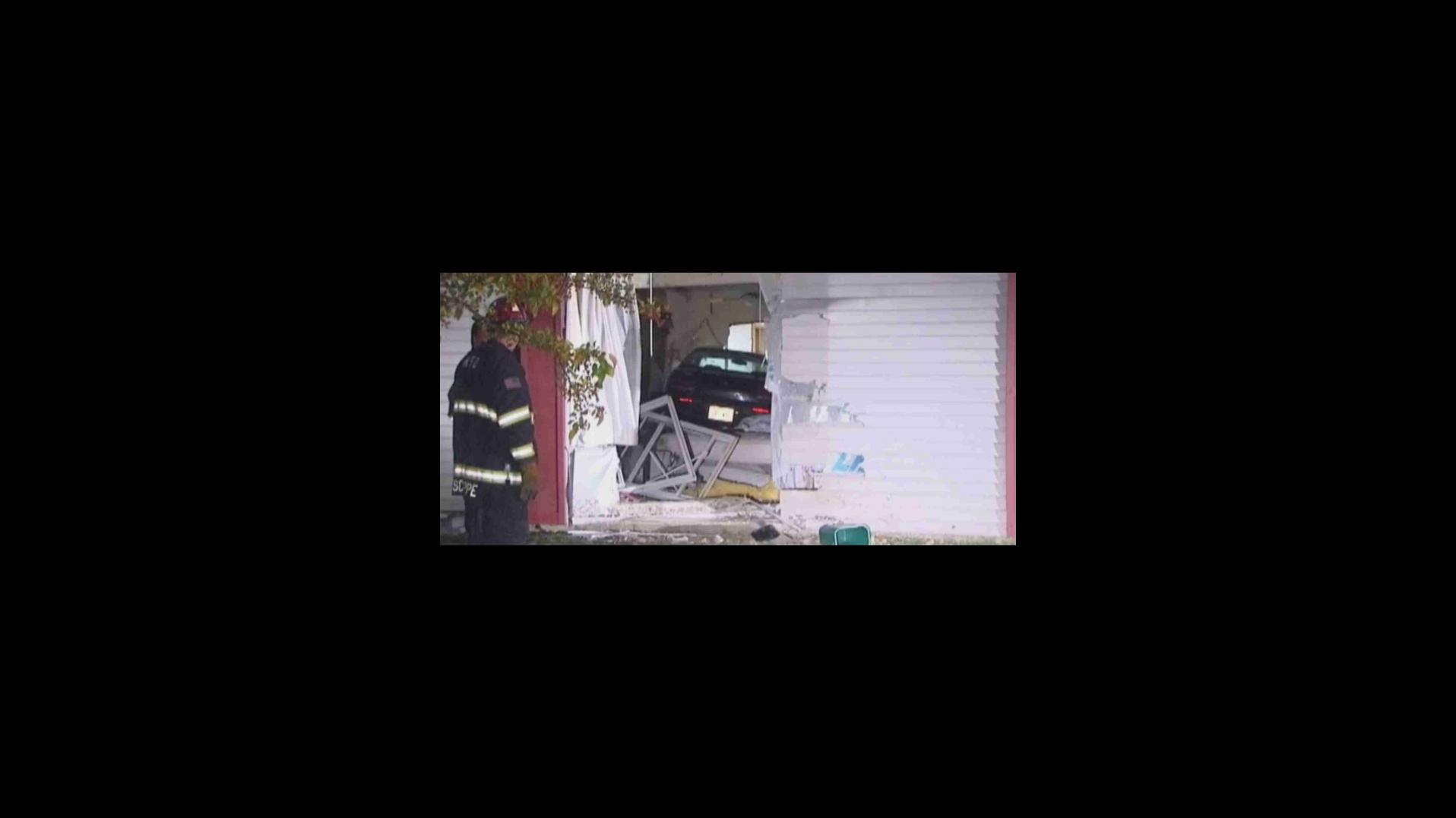 A loud bang and a shaking building woke guests at the Country Inn and Suites off Highway 50 Friday night.  A car crashed into a first floor hotel room where a woman and her three-year-old grandson had just tucked in for the night.

Sewell and her grandson, Logan, were visiting Kenosha from Las Vegas. They had just checked in and gone to sleep when a boom around 10:30 p.m. startled her.

\"Jumped up and made sure [Logan] was OK, snatched him in my arms and was screaming for help,\" Sewell said. \"It just felt like everything was in very much slow motion.\"

Kenosha police say a Pontiac Grand Prix swerved off a side road, rumbled through a field and smashed head on into Sewell's room.

\"You can imagine a hotel room and the width of a car, there wasn't a lot of room to miss the people inside,\" Kenosha Fire Battalion Chief Wesley Burnhardt said Friday night.

\"My first thought was, if somebody was in that room, it wasn't good,\" Harold Wiswell said. Wiswell and his wife were staying in the room next door, but at a wedding when the crash happened.

Amazingly, no one was seriously injured. Police say the 20-year-old driver simply nodded off.

The driver wasn't drunk or on any drugs. Crews evacuated the building for about an hour and hotel staff moved people nearby to different rooms.

\"It's a mess right now,\" guest Lisa West said. \"They have caution tape up and sheets up to kind of keep the wind from coming in.\"

Sewell and Logan walked away with only a bruise and a scratch, but with a story they'll tell forever.

\"Never on the first floor again, never ever,\" Sewell said. \"Don't take anything for granted. No day is promised to you.\"

Kenosha Police did not release the driver's name, but issued him three citations. Police say the seat belt the driver was wearing likely saved his life.