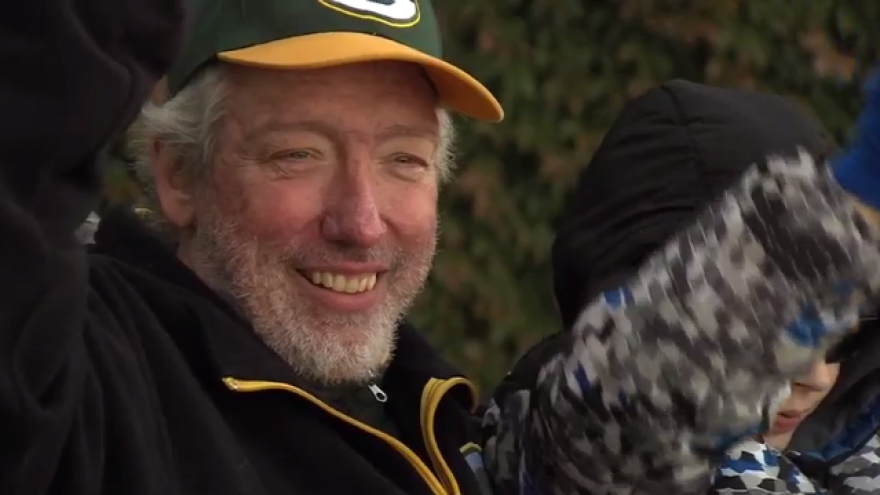 Green Bay, Wis. (WFRV) - For most Packers fans, getting a chance to watch a Monday Night Football game under the bright lights of Lambeau Field is a dream.

"I want to see the first Lambeau leap in person," said Clint Taylor from Pittsburg, Pennsylvania.

Diagnosed three and a half years ago with stage four pancreatic cancer, the life-long Packers fan and Kenosha, Wisconsin native will experience what could be his first, and last game in Titletown thanks to the Dream Foundation.

"It blew me away when it happened, I honestly never thought I would be selected," said Taylor.

The Dream Foundation, like Make-A-Wish, is a national program that grants final dreams for terminally ill adults. Clint's final dream was to come to Green Bay to see the Packers take on the Lions with his wife, youngest son, and brother, James.

"I haven't seen him with that energy in a while," said James Taylor. "He's excited, you can sense it."

Clint, who is 45-years-old, served in the Navy for 5 years where he met his wife Kim. Now with this game, they are creating some of his last memories with the people he loves the most.

"It's heartbreaking," said his brother. "My dad died when he was 44 from cancer, my brother got diagnosed at 43 with a diagnosis of not making it to 44, so to be here to experience this is really a dream for us."

Clint says the cancer fight has been hard, but fulfilling this dream has made it much easier.

"I truly hope that everyone that has cancer fights," said Clint. "It's worth the fight because at any time a new cure can happen, and that's what I'm fighting for."

The family will spend four days and three nights in Green Bay, touring the Packers Hall of Fame and attending the game.