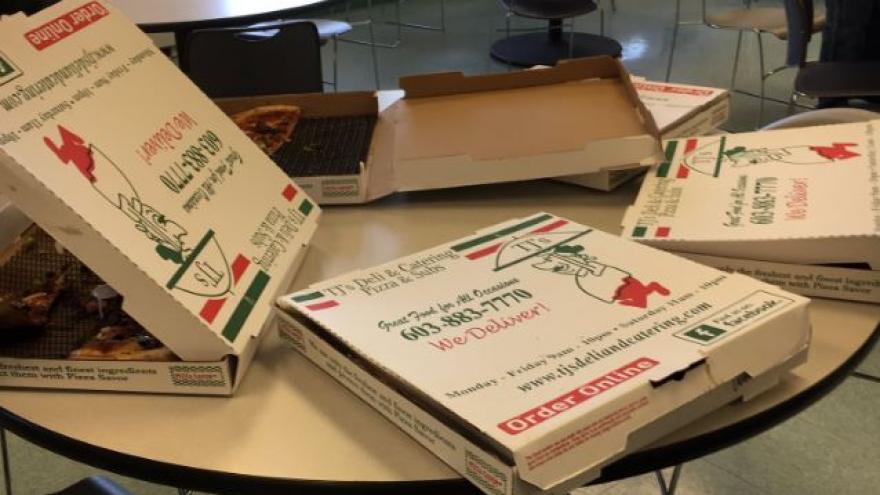 Montreal -- Canadian air traffic controllers have bought hundreds of pizzas for their American counterparts over the past few days in what has become an industry-wide show of support during the U.S. government's partial shutdown. Peter Duffey, the head of the Canadian Air Traffic Control Association, said Sunday the initiative began Thursday when employees at Edmonton's control center took up a collection to buy pies for controllers in Anchorage, Alaska.

Other facilities across Canada decided to join in, and the idea snowballed.

"The next thing we knew, our members were buying pizzas left, right and center for the colleagues in the U.S," Duffey said. "As it stands right now, I believe we're up to 36 facilities that have received pizza from Canada, and that number is growing by the hour."

Some 10,000 air traffic controllers in the United States have been working without pay since late December due to the ongoing government shutdown.

Duffey estimates that as of Sunday afternoon, some 300 pizzas had been received by American controllers, many of whom took to social media to express their gratitude.

Duffey said many union members had been looking for a way to show solidarity with their American colleagues.

"Air traffic control is a very stressful job," he said. "They say you have to be 100 per cent right, 100 per cent of the time. People just don't need to be reporting to work with the added stress of worrying about how to pay their mortgages and grocery bills on top of it."

@CATCA5454 our brothers from the north sending love and solidarity to @NATCA border facilities pic.twitter.com/Jb6GANYk3o

"There's a bond there, automatically," he said.

Mark Sheehy, an air traffic controller in New Hampshire, tweeted pictures of the pizzas and his thanks for "our brothers from the north sending love and solidarity."