Can Drinking Lots of Coffee Lower Risk for MS? 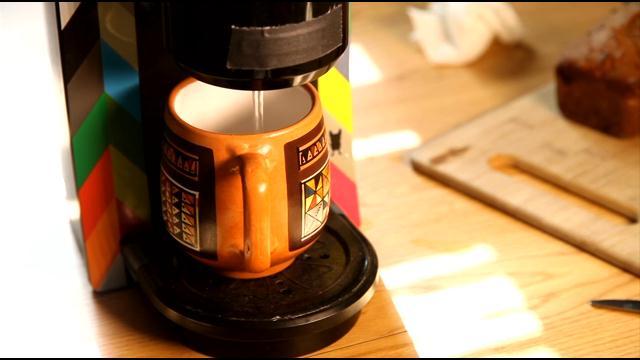 In this case, a new study in the Journal of Neurology Neurosurgery & Psychiatry suggests being a java drinker may lower the risk for multiple sclerosis (MS).

Researchers in Sweden and at Johns Hopkins University, in Baltimore, analyzed data from two studies and found that the risk of MS, a potentially disabling disease of the nervous system, was higher in adults who downed fewer cups of coffee every day.

The U.S. study showed similar results, with a 26 to 31 percent lower risk for MS among people who drank more than six cups a day at least five years beforehand, and at the start of symptoms, compared with those who never drank coffee.

The more coffee a person consumed, the lower their risk for MS, the researchers reported.

"The results of these thorough analyses add to the growing evidence for the beneficial health effects of coffee," wrote Drs. Elaine Kingwell and José Maria Andreas Wijnands, of the Faculty of Medicine at the University of British Columbia, in Vancouver, Canada, in an editorial accompanying the report.

The editorial cautions that this was an observational study, so the results may not be as reliable as a controlled clinical trial. Also, it notes that other studies looking at a coffee-MS link have been inconsistent.

Still, the editorial writers say, "The intriguing findings indicate that the role of coffee in the development of MS clearly warrants further investigation, as do the mechanisms that underlie the relationship. In turn, this could potentially contribute to a better understanding of MS etiology and the development of novel MS therapies."

Dr. Mark Keegan, professor of neurology and chair of the division of multiple sclerosis at the Mayo Clinic, said, "They show some observational evidence that in two separate populations high amounts of coffee intake was associated with a reduction in the risk of MS," but he also cautioned that observational studies don't equal medical advice.

As for why coffee might help lower the risk for MS, the researchers suggest it's possible that caffeine's neuroprotective properties help suppress the production of chemicals involved in the body's inflammatory response.

But Keegan said, "There's not one [study] I know of that would explain the association well yet."

Keegan said he wouldn't recommend lifestyle changes yet for people hoping to lower their risk for MS, family members of people with MS, or patients with the condition.

But he added, "at least it's not harmful" to try it.

Research has yet to prove any particular lifestyle change is directly related to reducing the risk for MS, though Keegan said not smoking and eating a healthy diet are shown to be beneficial in people who already have the disease.

"I will say there is a growing body of evidence that says patients with MS that have comorbidities, such as high blood pressure and smoking, may not do as well when they have the disease. That's different from the development of the disease," Keegan said.

Also, there's growing evidence that suggests vitamin D levels -- possibly the affect of sunlight -- may play a role in protecting against MS.