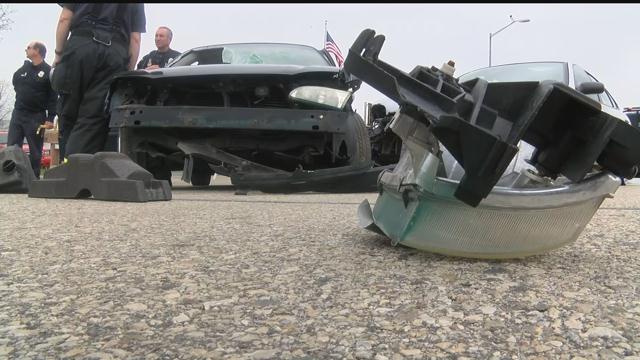 A grim and emotionally-charged program is challenging local high school students to think twice before driving while drunk or texting behind the wheel.

This is a crash in front of Germantown High School. It's not real but it simulates to students what could be a tragedy.

The Every 15 minutes campaign focuses on teaching students the dangers behind drinking and driving. It also teaches students that every decision should be made responsibly.

With prom season just around the corner Germantown High School students want to get the message across.

They have gone through professional make up to look either seriously hurt or like zombies.

Students participating say they have been working for the next two days since last summer.

It's a campaign that has worked at nationwide and the students who are participating say they are taking away in a very important lesson.

Also interesting that the students who approaches the painting are not allowed to talk to their classmates and not involved because they're also simulating that they have died. You'll be taken to a hotel tonight to avoid any communication.