Calls to Fund Revitalization of Sherman 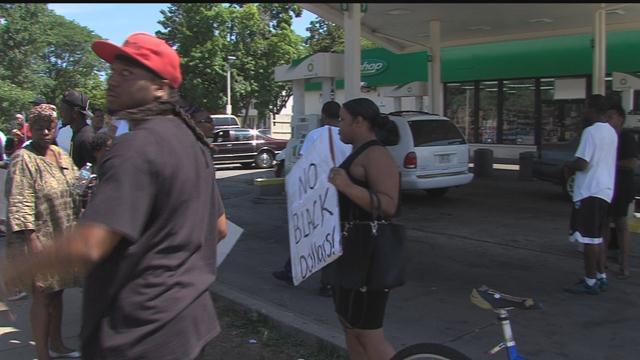 Mayor Tom Barrett held a budget hearing Tuesday night. Several members of the group Common Ground, which is made up of various community organizations, showed up, calling for $19 million to revitalize neighborhoods. Common Ground says the money would specifically fund five projects, including one in Sherman Park.

Ciara Davis is a member of Common ground a pastor in the Sherman Park neighborhood. She says the root of the unrest in that area goes beyond police community relations.

“Saying we’ve had a difficult time in Sherman Park is an understatement,” Davis said while speaking at the hearing. “But what we’re seeing now is simply a manifestation of years of hopelessness and despair. Years of lack, dependency and fear.”

Mayor Barrett acknowledged the past weekend was one of the most difficult the city’s face d in decades.

So Davis, along with about two dozen other Common Ground members, called on the Mayor to fund the revitalization of center street, from 35th to 60th street in the Sherman Park area.

“It will also demonstrate to the residents they’re not the only ones taking pride in their neighborhood,” Davis said. “Unfortunately this isn’t the message that’s given when hundreds of millions are being invested in an area and downtown street car program.”

Davis made it clear her groups call for neighborhood funding isn’t in response to this weekend’s violence. They did plan to attend this meeting long ago, and she says they’ve been working on Sherman Park for more than 12 years.