California Fire: "Out of control" fire spreads to over 7,000 acres 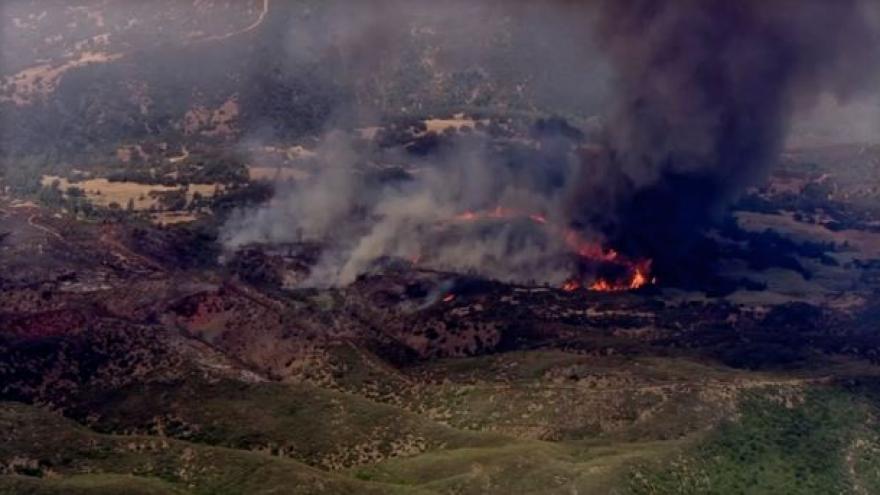 (CBSNews) -- The Pawnee Fire in Lake County, California has rapidly outpaced efforts to combat it, according to CBS San Francisco. The inferno spread rapidly Sunday to 7,700 acres and razing at least a dozen structures.

Cal Fire said the blaze was "out of control" and the threat to homes in the Spring Valley are was "imminent." At 5 p.m. PT, the blaze had grown to 3,000 acres and was threatening 600 structures as it burned through the area of steep, rugged terrain.

"We have a mandatory evacuation of Spring Valley," Cal Fire Division Chief Gary Bertelli said early Sunday. "It's imperative that they evacuate."

Bertelli said of the structures destroyed by daybreak, 10 were homes and two were outbuildings.

"What we're stressing is that people, when they get the evacuation order, they heed it immediately and get out and stay out until it is safe to return," state Department of Forestry and Fire Protection Battalion Chief Jonathan Cox said. "This is one of four large fires burning in Northern California. It's a good reminder that fire season is upon us."

Accelerated spreading of the flames has been attributed to extremely high temperatures, low humidity and whipping winds. Resources dispatched to the disaster include firefighters on the ground, bulldozers and air tankers.

Soaring temperatures, single digit humidity and gusty winds have prevented firefighters from holding the blaze away from the homes in Spring Valley. Overnight, the fire jumped New Long Valley Road.

More than 230 firefighters, air tankers and bulldozers were called in to battle the blaze. Mutual aid was also rolling in from the Bay Area.