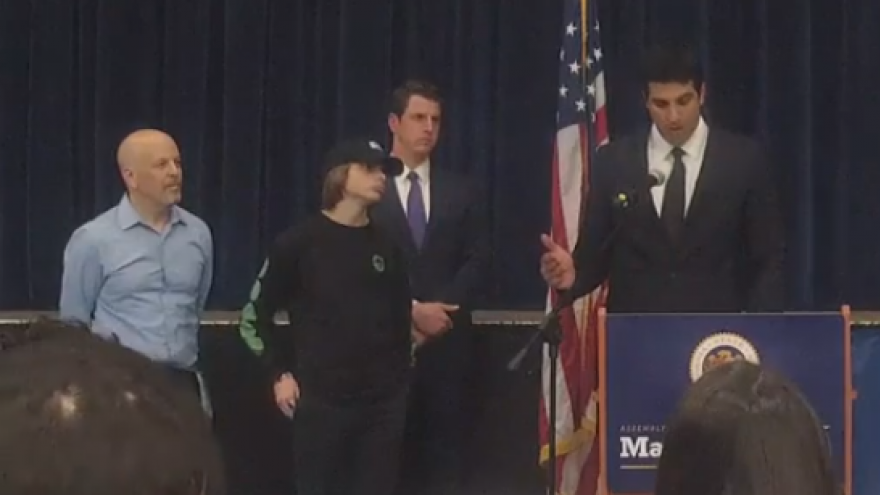 (Woodland Hills, California) – Assemblymember Matt Dababneh has introduced “Jordan’s Law” in response to a surge in violent attacks for the purpose of filming and sharing on social media.  The bill will criminalize conspiring with an attacker to videotape a violent crime.

Assemblymember Dababneh became alarmed about social media motivated attacks after local teen and El Camino Real Charter High School student, Jordan Peisner, was viciously assaulted by another teen outside a fast food restaurant in December. (STORY HERE.) An associate of the perpetrator filmed the incident and posted it on social media where it quickly went viral.  The individual that filmed the video has not been charged with any crime.  Jordan suffered severe injuries, including a blood clot in his brain and permanent hearing loss.

“Like most valley residents, I was deeply disturbed and saddened when I watched a local news story about the horrific, unprovoked assault on Jordan,” said Assemblymember Dababneh. “As I looked into what my office could do to prevent similar tragedies from occurring, I was shocked when I saw a sharp year-to-year increase in these types of social media motivated attacks. That is why I authored Jordan’s Law to criminalize the conspiracy to videotape a violent felony, so we can stop these brutal assaults for the purpose of getting attention on social media and save another child from suffering like Jordan has.”

“In the day and age where our kids are constantly using social media, it is more important than ever that we protect our children from violent crimes motivated by the need for attention on the internet,” said Assemblymember Jim Cooper who is a proud co-author of Jordan’s Law. “As a former 30-year law enforcement officer and former Commander of the Sacramento Valley Hi-Tech Crimes Task Force, I believe this bill will hold those who conspire to commit violent crimes on children accountable for their lawless actions,” added Cooper.

Jordan’s father, Ed Peisner, has become an advocate for legal change to prevent social media motivated attacks and bullying, and he has started an online petition in support of Jordan’s Law which has already received almost 1,500 signatures.  “To post a random act of violence on social media to get attention, it has to stop,” said Mr. Peisner.  “I will keep moving forward until we have laws in place to stop this horrific form of cyber bullying.”

Assembly Bill 1542 will be heard later this spring in a California State Assembly policy committee.