Calif. woman charged with driving into group, killing boy, 3 others 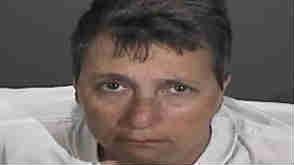 Margo Julie Bronstein of Redondo Beach pleaded not guilty in a Los Angeles courtroom to four felony counts of gross vehicular manslaughter while intoxicated and one felony count of driving under the influence of a drug causing injury, the Los Angeles County District Attorney's office said.

Bronstein's attorney unsuccessfully asked the court that bail be reduced to $100,000; Bronstein client has no criminal record and a clean driving history, according to CNN affiliate KTLA.

\"This appears to be an accident. It wasn't an intentional act on her behalf,\" attorney Jeffrey Gray said, according to the station.

Redondo Beach Police Lt. Joe Hoffman said prescription medication was involved \"at the very minimum,\" according to the affiliate.

Timothy Eakin, a friend of Bronstein, told KTLA that Bronstein \"takes a lot of pain medications, and she actually drives her vehicle with hand controls.\"

Bronstein has had many hip and leg surgeries and had been in a wheelchair most of her life, Eakin told KTLA.

Bronstein on Wednesday evening allegedly swerved around vehicles stopped at red light, crossed the light and plowed into a group in a crosswalk on Pacific Coast Highway as they left St. James Catholic Church in Redondo Beach, authorities said.

The highway is the busiest street in Redondo Beach, police said.

Bronstein kept driving before \"colliding head-on with a vehicle\" going the other way, police said.

In all, the felony complaint names nine victims.

At least one pedestrian struck \"was moved up to where the head-on collision occurred,\" police said.

About 12 ambulances rushed to find people lying in the street, suffering from injuries ranging from minor to critical, Division Chief Rob Rappaport of the Redondo Beach Fire Department said.

If convicted on all charges, Bronstein faces about 40 years in prison, prosecutors said.