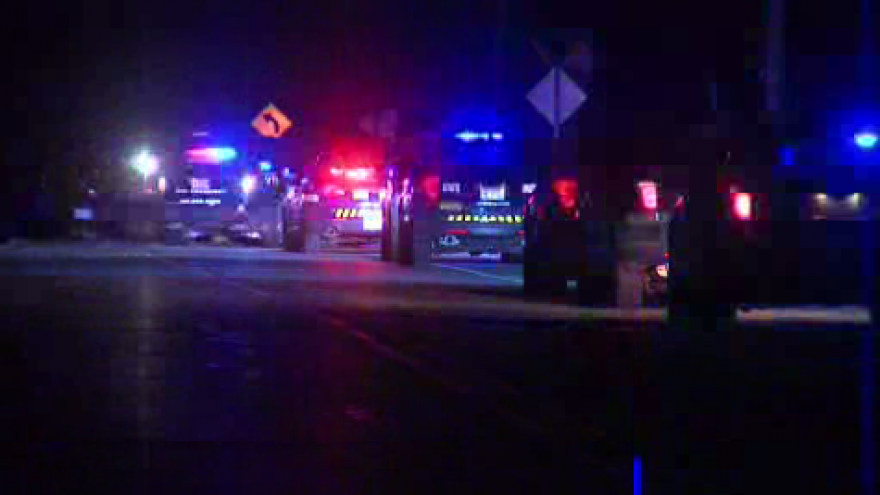 Caledonia Police responded to a serious injury head on collision on Hwy 32, north of 7-Mile Rd.  Preliminary investigation revealed a suspected reckless/intoxicated driver was being followed by a complainant when the suspect vehicle crossed the center line and struck a southbound vehicle head-on.

The suspect driver was transported to St Catherine’s Hospital in Kenosha and police are investigating the possibility of Operating a vehicle while under the influence of alcohol or drugs.

The victim of the head on collision was extricated and transported to Froedtert Hospital by Flight for Life for serious injuries.

The medical conditions of both drivers are unavailable at this time.

A third vehicle was involved in the accident and both occupants had minor injuries.

Police continue to investigate the accident with assistance from the Wisconsin State Patrol-Traffic Reconstruction Unit.

VILLAGE OF CALEDONIA - The Caledonia Police Department is on the scene of a serious accident on Douglas Ave., just north of Seven Mile Road.

According to Caledonia Police, the roadway will be closed for an extended amount of time for the accident investigation.

Police ask that drivers use an alternate route such as Foley Rd or Botting Road to travel north to Milwaukee.

CBS 58 News has a crew on the way and will update this story with more information as it becomes available.