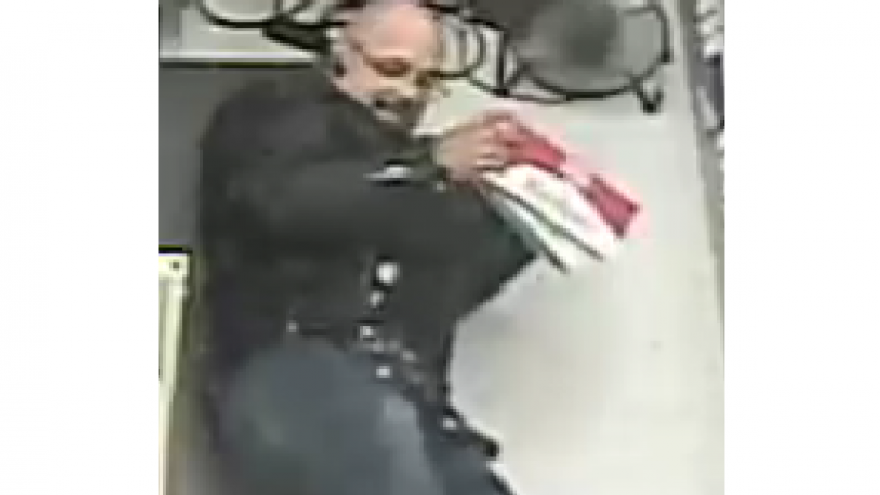 The Caledonia Police Department responded to the Walgreens located at 5005 Douglas Ave for a report of a shoplifter.

According to police, employees had confronted the subject outside who had a shopping cart filled with unpurchased items. When confronted, the subject left the cart behind, which contained mostly alcohol. The merchandise totaled almost $1,000.

The video also showed the subject concealing three cartons of Marlboro Red cigarettes inside of his leather jacket. Those were not recovered.

According to police, the suspect left in an older Ford Explorer that was described as light green in color with Duct tape around the passenger door.

If you have any information, you're asked to call the Caledonia Police Department.