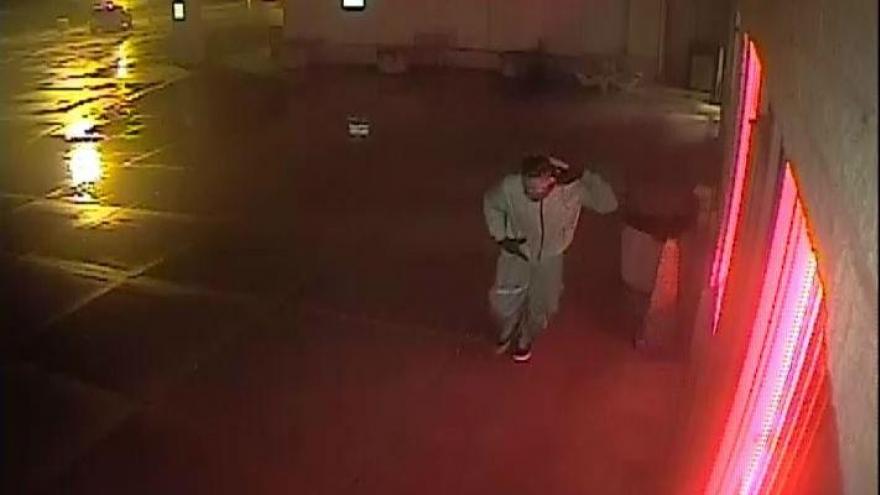 Caledonia Police responded to an armed robbery that occurred on Saturday, April 29 at Cousin’s Subs located at 5131 Douglas Avenue in the village of Caledonia. Store employees and witnesses report a black man in his mid 20s entered the restaurant with a black semi-automatic pistol and demanded money.

The suspect is described as 5'10" with an athletic build and was wearing a gray hooded sweatshirt, black gloves, black Nike shoes and a black ski mask.

The suspect laid his gun on the floor to gather up money from the store into his pockets. Upon picking up his gun it discharged and hit a soda syrup dispenser box.

The suspect then fled the store.

The gun and other evidence was recovered from the store and is currently being analyzed. Surveillance video from a nearby store captured the suspect as he fled south on foot from the restaurant.