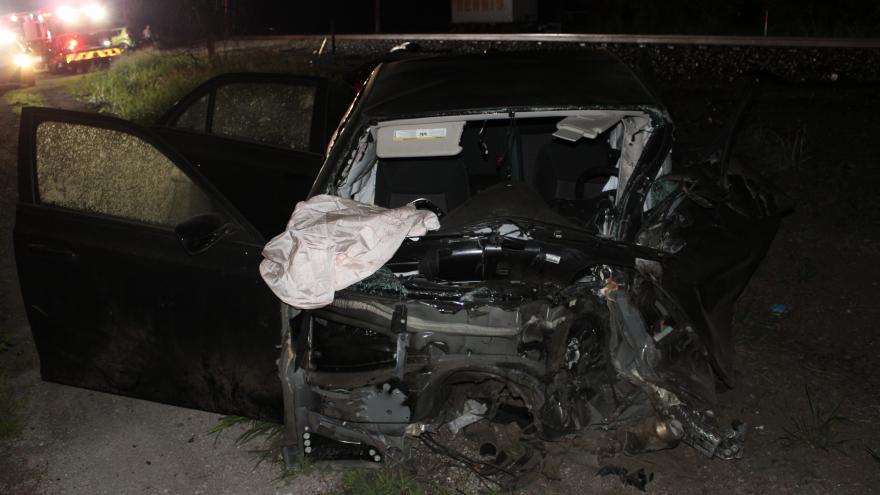 RACINE COUNTY, Wis. (CBS 58) -- Caledonia Police were called to the Depot Tavern Parking lot for a car vs train accident around 9:28 p.m. on Tuesday.

Police say the operator of the vehicle was attempting to leave the parking lot when they went up onto the railroad tracks and got stuck.

According to the release, the operator and some bar patrons attempted to move the vehicle off the tracks instead of calling 911. As they were doing that, an Amtrak passenger train, traveling north, began to approach.

The operator of the vehicle exited and the people helping him ran from the tracks prior to the vehicle being struck by the train.

The operator of the vehicle fled the scene prior to police arrival. It was reported to police that the operator may have been intoxicated.

Caledonia Police arrested the suspect on Wednesday and charges of recklessly endangering safety and negligent operation of a motor vehicle were referred to the Racine County District Attorney's Office.

Caledonia Police are reminding citizens that if your vehicle is ever stuck on railroad tracks, call 911 immediately. The dispatch center is equipped to contact the correct railroad company and have trains stopped. A train striking a vehicle could derail and many people could be seriously injured or killed.