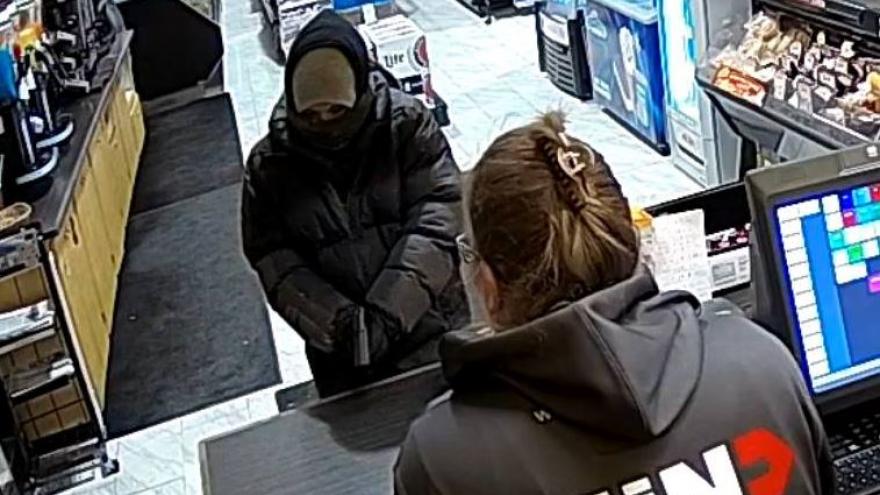 BUTLER, Wis. (CBS 58) -- On January 6 Butler Police Officers responded to an armed robbery at a gas station. The suspect showed a gun and demanded cash. After getting some money the suspect fled on foot and was not found.

The suspect is described as a white woman, approximately 5 foot tall with a thin build and wearing a black puffy jacket, grey stocking cap and a black hood, long black scarf covering her face, black baggy sweatpants and black tennis shoes with white soles. An older dark colored Buick vehicle is believed to be involved.

If you are able to identify the suspect or know anything related to the crime you are asked to call Butler Police Department at 262-446-5070.