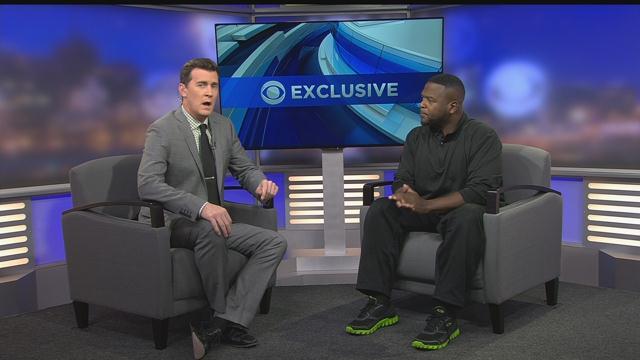 Former Green Bay Packers player LeRoy Butler sat down with CBS 58’s Bill Walsh to discuss his new book and the chance the Packers make go to the Super Bowl.

Butler discussed a dust up that happened on the sidelines, during the Panthers versus Packers game, between Julius Peppers and B.J. Raji and second year safety Ha Ha Clinton-Dix.

Clinton-Dix publicly apologized for his dust up on Twitter after the incident.

Walsh: Some folks have been taking this like this was a good thing; like they showed some fire. What is your take on this?

Butler: For the most part you don’t like to see a second year guy talk to a potential Hall of Famer… Stay in your lane.

Butler said the team can move on though. He cited Reggie White’s incident with Wayne Simmons, and the Packers went on to win the Super Bowl.

Butler: I think for the most part that’s why B.J. Raji steps in to say, “Young guy you stay in your lane.” But at the same time you are family things like this happen.

Butler went on to say that sometimes when losing 30 to 14, you see this kind of stuff.

Walsh: Does a win take care of this? Or does something like this stick around for a little bit?

Butler: It depends on who the win is against. We expect for them to beat Detroit by a bunch and Minnesota. But at the end of end of the day if I told you the Packers were 6 and 2 at the end of 8 games you would take that.

Butler: It’s not supposed to happen if you are a Hall of Fame type of quarterback. But the problem is if you go back that play was designed because Carolina called a time out. So we didn’t see the formation before. So you go to the side-line. I don’t think Aaron was bought into the play happening. That’s why he didn’t go through his progression. In his words, he said he was scared about something and he thought something was going to happen. Then something different happened and then he couldn’t get his throw off.  You don’t necessarily see that happen a lot but it’s a different play caller now, with Tom Clements.

Butler said he understood what Rodgers felt when he threw his tablet down.

Butler: I have been there before. You are frustrated because you think ‘I’m better than this and this team relies on my arm.’ They will get it fixed.

Butler: In the NFC, no question about it. The NFC is just terrible. I mean if you think the toughest team, you just played them [Carolina.] If you go against them again you could beat them.

Walsh: Are we honestly scared of Carolina? I would be more scared of Seattle.

Butler: That’s the thing Carolina beat Seattle. So you got to figure that sooner or later some of these teams will play well. So will the Green Bay Packers. So right now they are still my favorite to go to the Super Bowl.

Packers Pride looks at the favorite games, favorite moments, and behind-the-scenes stories of the men who played and coached for the team with 13 World Championships.

Walsh: You went to other former Packer greats to hear them tell some stories.

Butler: One of the biggest things is the misconceptions. It is what we feel about our players. One of the biggest things that you will find in this particular book is about Brett Favre. I said he is the best teammate in any sport. Because when he got to us from Atlanta, he went around and made himself acquainted with everybody. Guys don’t do that very often when you come in as a free agent or a draft pick so you can find that story in there.

Butler will be at the Thanksgiving game where Brett Favre will be honored.