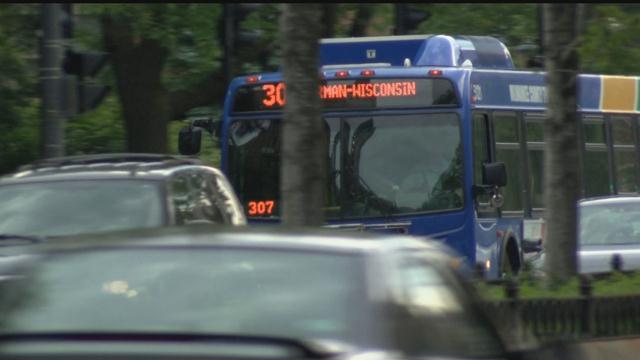 On Monday, the ATU Local 998 will vote yes or no on a new contract for Milwaukee County bus drivers.

They’ve been working without a contract since June.

The spokesperson for MCTS hopes the bus union will strongly consider the new offer, but union says it’s just more of the same.

One thing the bus union doesn't seem very pleased about is MCTS is looking to have a cap of 45 part-time workers.

Union president James Macon declined to go on camera or speak by telephone this evening, but sent us a statement saying in part:

"The 45 part-time operators MCTS wants would be in addition to an already existing tier of over 70 operators hired to work 30 hours per week that are scheduled full-time hours but don't receive full-time benefits or pay into the pension."

"Some days there are routes where there are no drivers, so they don't go out,” Conway said. “So maybe you're expecting a bus, instead of waiting 12 minutes, you got to wait 20 minutes."

The deal also calls for a seventy-seven cent raise over the course of the two year deal, up to twenty-four dollars and fifty-five cents an hour, and overtime would also be available to employees.

The cost of living expenses would also continue, increasing between one and two percent every quarter.

"So every quarter they get a pay raise,” Conway said.

Conway says health care deductibles would remain the same in year one, but increase in year two, along with increased premiums for both years.

Part-time employees would most likely be retired bus drivers who already have insurance through MCTS.

This is the full statement sent to CBS 58 Sunday evening by union president James Macon.

“The meager wage increase in the latest proposal from MCTS would be offset by increased health insurance premiums and deductibles. In 2017, transit workers would end up taking home less money.

“Since January 2015, over 100 employees have left MCTS resulting in scheduled work that is being held in at each station. It is unlikely that lower wage jobs without any benefits will attract or retain the workforce needed to move Milwaukee forward. Part-time transit workers simply cannot support full-time communities.

“MCTS has proposed capping the cost-of-living adjustment on the last day of the contract at 2%. With interest rates heading up, prices will be going up, too. Transit workers are public servants who deserve a wage that keeps pace with the cost of living.

“Amalgamated Transit Union Local 998 members have fought for many years to win the full-time professional drivers that Milwaukee deserves. This proposal doesn’t make sense for our members or for Milwaukee riders.”