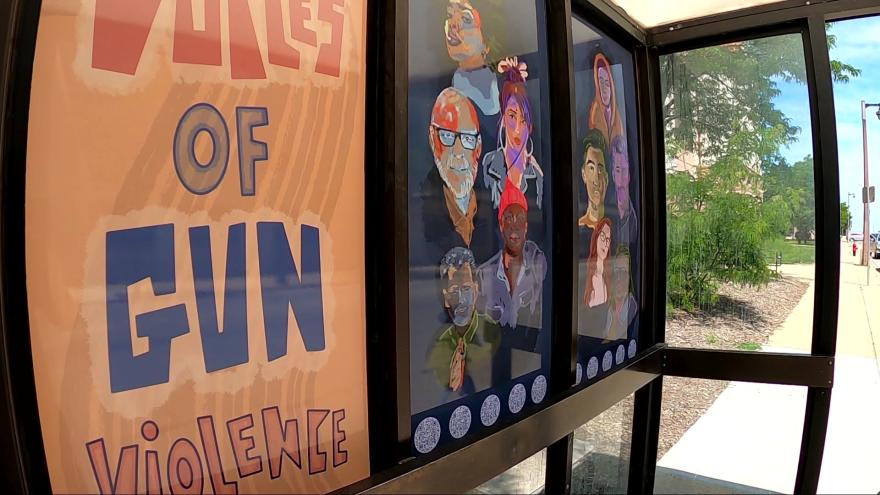 "To me its been very important to show that victims of gun violence shouldn't be blamed for them being shot and killed and that their stories need to be shared," said Debra Gillispie, founder of Mothers Against Gun Violence.

The bus shelters are being used as canvases to tell the stories and carry on the memory of victims of gun violence. Its part of the MCTS Bus Shelter Art Project. It's also part of the healing process for mothers who've lost a loved one to gun violence.

"We were very moved when we saw the artwork submitted and we wanted to be a part of helping. Not just beautify our local landscapes, but telling the stories that need to be heard," said Jacqueline Zeledon of MCTS.

At the bottom of each portrait displays a QR code that shares the stories of gun violence victims and survivors.

The public can see the murals on the bus shelters on 6th and Highland and 12th and State. The art is tied to the upcoming play, "Voices of Gun Violence," which will be preformed at local venues in the summer.