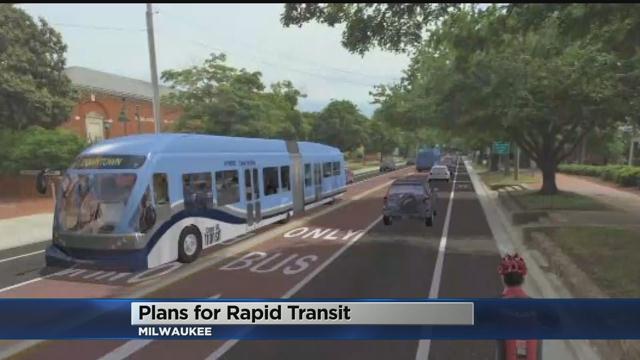 Milwaukee city leaders officially heard the idea for a bus rapid transit route from downtown Milwaukee to the Milwaukee Regional Medical Center in Wauwatosa for the first time Wednesday morning.

The route would start in downtown Milwaukee and go down Wisconsin Ave to Hawley Road then move to Blue Mound and end at the medical center.

It would cost between $42 million and $48 million.

Project leaders say the proposed route would increase ridership and also transport riders faster by about 13 minutes if rode end to end.

Since this was the first meeting for the city of Milwaukee, there are still a lot of questions including how it would impact traffic around the proposed route.

Some of those in attendance including a few of the alderman in the Public Works Committee said they feel the project is being rushed.

In a 3-1 vote, the committee approved the idea to move forward.

Project leaders will present the idea to common council at the end of the month.

An application with the Federal Transit Administration will be submitted if approved.

If all moves forward, construction on bus platforms could start as soon as 2018.