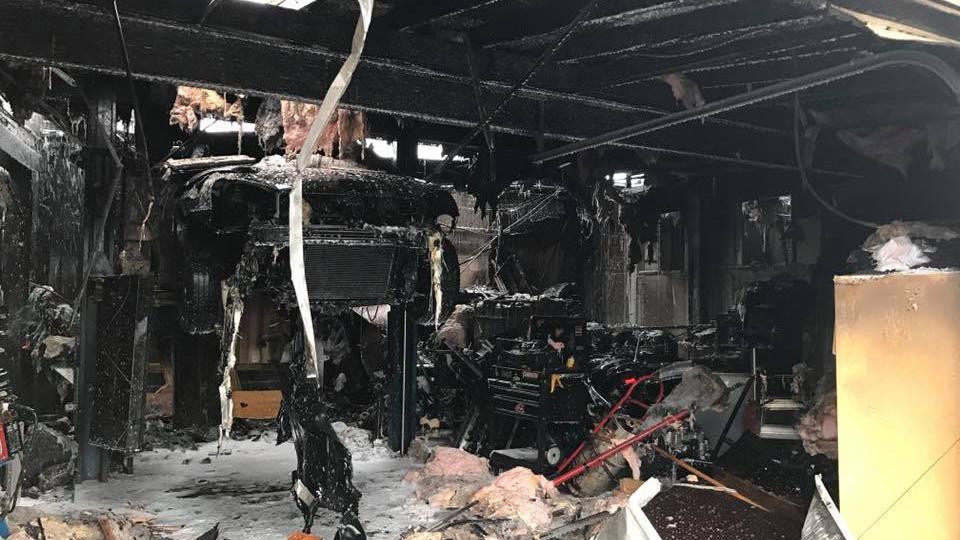 A large metal and wood building containing several small businesses was severely damaged by fire this morning in Fond du Lac.  Fond du Lac Fire Chief Peter O’Leary said the fire began in a parked automobile and then spread to the adjacent building at 78 John Street.   The call came in around 6:20 AM.   Chief O’Leary says the cause of the fire is unknown and is being investigated.   Crews from several fire departments were called in to battle the blaze in the 200 by 50 foot structure.  No one was inside the building at the time of the fire, but crews were able to rescue a dog from one of the businesses in the building.   The Red Cross was also called in to offer assistance, and officials from the Department of Natural Resources placed retaining booms to prevent contaminated runoff from entering the East Branch of the Fond du Lac River.  At this time, the Chief estimates the amount of damage at a minimum of 250-thousand-dollars.