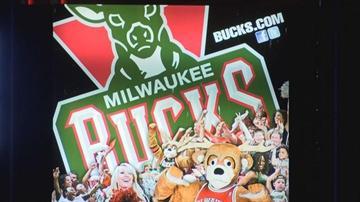 MILWAUKEE -- The Bucks Larry Sanders now reportedly at the center of a police investigation into a massive bar fight.

Milwaukee police are investigating a weekend fight at Apartment 720 in Milwaukee.   It touts itself as a dance club and celebrity hangout.

A 26-year-old Sussex man told police his forehead was cut after being hit by a bottle.  The victim identified  the suspect as a 24-year-old Milwaukee man.  MPD didn't identify the suspect as Sanders but the Milwaukee Bucks released a statement Wednesday saying  \"We are aware of an incident from Saturday evening. The matter is under investigation and Larry sanders is cooperating fully. At this time we will have no further comment.\"

He sat out Wednesday's game with a thumb injury.  He's supposed to be the prized centerpiece of a revamped team.  These allegations upset bucks fans heading to the game.

Colbert and his son come to a lot of games.

\"We're big Larry Sanders supporters so to hear something like that is pretty unnerving.\"

Colbert says he hopes the new coaching staff can help Sanders get back on track if these allegations are true.

And most agree, even though he's young, Sanders needs to step forward as a leader.

\"When you're in a position like that you should really take into consideration the image that you send out,\" Senour said.

\"When you're out and about and you're enjoying the nightlife you need to keep your career and your priorities in order.\"

MPD will pass this investigation on to the district attorney in a few days.