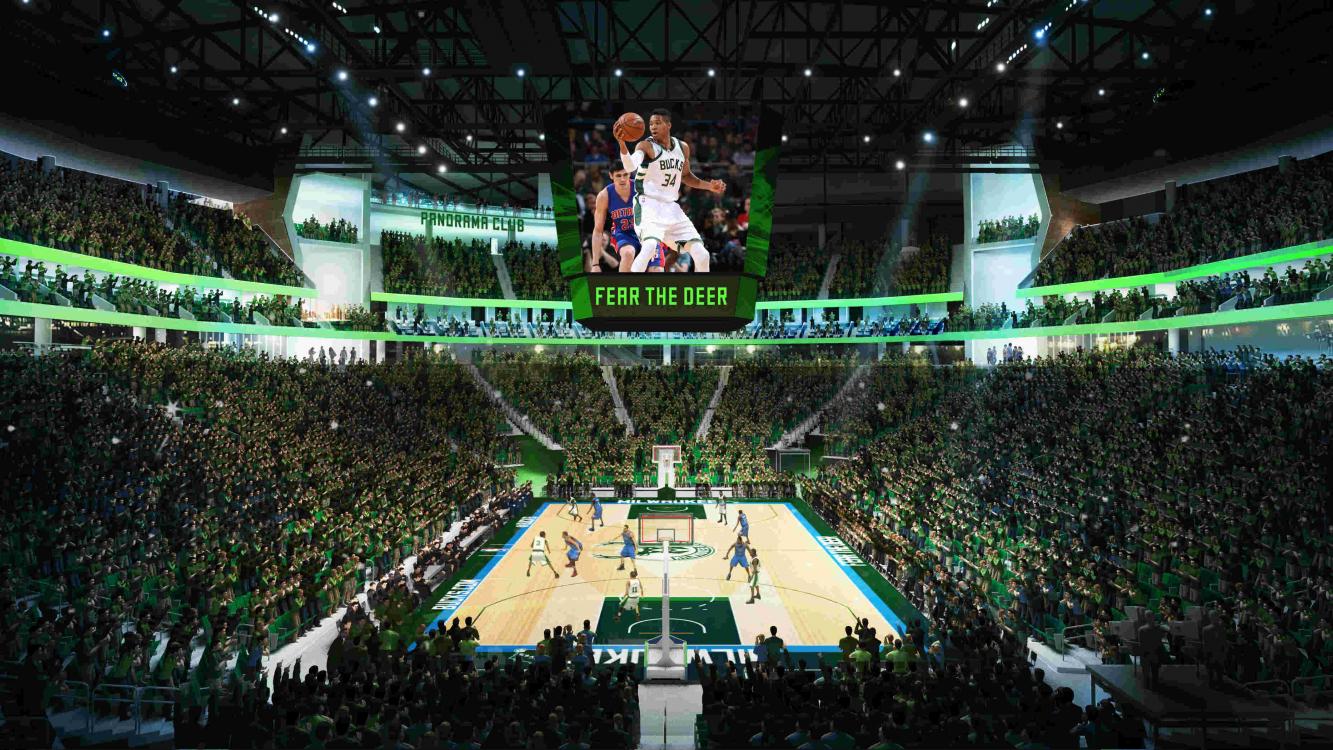 Bucks fans were all excited Saturday for a tailgate fan fest that included a performance by DMC and a pump up speech by Kareem Abdul-Jabar.

Fans were also given the first look at pictures showing the inside of the new Bucks arena to be built in the next few years.

Bucks had this to say about the new pictures:

The arena entertainment experience will showcase an intimate seating environment that places the majority of fans in the lower seating tier closer to the action. Open concourses, signature towers and a one-of-a-kind fan club perched above the seating accentuate the dynamic experience for fans of Bucks basketball and a wide variety of other events.

Arena patrons will encounter a grand entry experience highlighted by a spacious atrium and wall of east-facing glass. Escalators, stairs and balconies at every level showcase a dynamic environment and visually connect all areas of the arena’s interior.

Fans had the chance to enjoy the Build the Future Community tailgate on Saturday outside the BMO Harris Bradley Center.

The tailgate was originally planned for the new Bucks arena groundbreaking, but delays in hammering out a funding deal made Saturday’s event more about moving forward.

Fans also had the chance to see inside images for the new Bucks arena.

The Bucks owners and City Leaders including Mayor Tom Barrett spoke about building the new arena.

"I remember when they made the trade to get Oscar,” Mayor Tom Barrett said. “I remember the energy in this town was electrifying, and they took us to the championship. And now we've got as much energy and we got as much talent, and we're going to do it it again. The Bucks are back!"