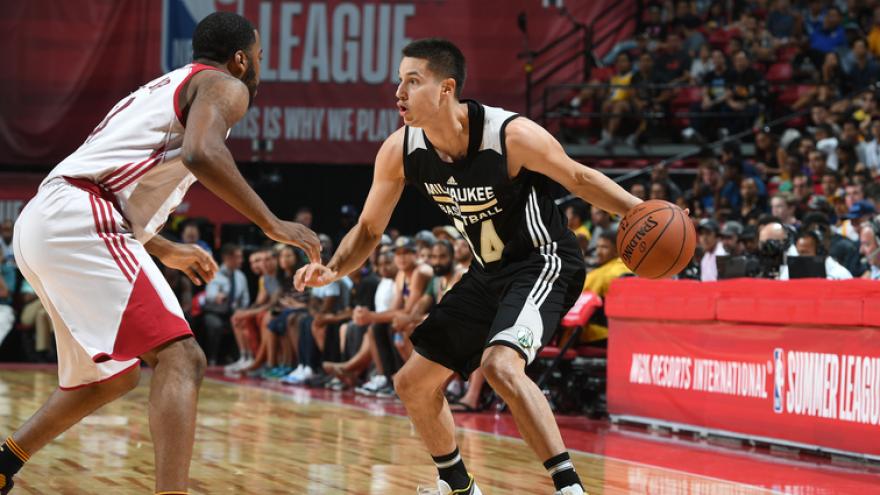 MILWAUKEE (CBS 58) – The Milwaukee Bucks have requested waivers on Bronson Koenig. The undrafted rookie from the University of Wisconsin originally signed a Two-Way contract on July 6.

In five games during the NBA Summer League in Las Vegas, Koenig averaged 5.2 points and 1.0 rebounds per contest.

If Koenig clears waivers he could come back on the Bucks G-League team the Wisconsin Herd.