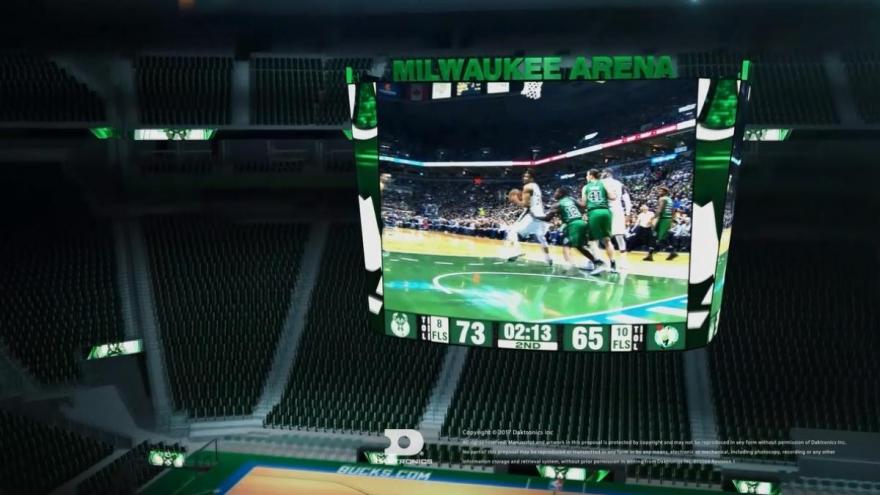 The Milwaukee Bucks announced a new partnership with Daktronics, Tuesday morning. The South Dakota based company will provide the new Buck's arena and surroundings developments with state of the art digital displays.

More than 16 million LED's will be used in a total of 55 video displays.

It measures 25 feet high by 29 feet wide, which is nearly double the size of the current video screen at the BMO Harris Bradley Center.

There will also be video screens underneath, so no matter where you are sitting, you’ll have a great view of the screen.

“They have designed this board to be seamless. So all of the screen can be showing the same picture, one picture, a rotating picture. For us, I think it’s a little bit of the ability to surprise and delight, like at a 4k resolution, which is just incredible ability to do. So, I don’t think we’ve even fathomed like what we are going to be able to do with this board,” said Milwaukee Bucks President Peter Feigin.

In all, the partnership will cost about $10 million, which has already been factored int the construction costs.