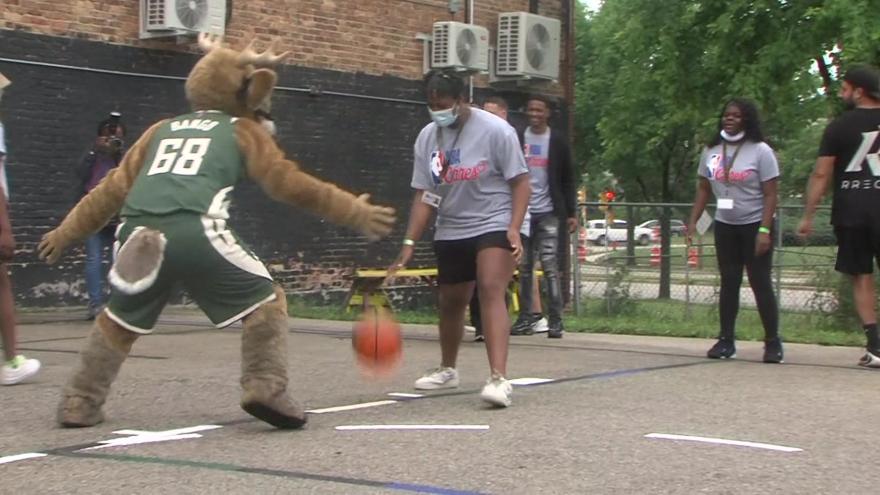 MILWAUKEE (CBS 58) -- The Bucks organization joined the NBA Foundation, announcing a donation to a group that helps disadvantaged youth.

The NBA's governors are committed to donate $300 million over the next 10 years to projects that support children who might not otherwise have opportunities. With the Bucks in the finals, it's no surprise they went looking for a good, solid group here in Milwaukee.

"I love the Bucks. I've been watching the games," she said.

Sledge was introduced to Running Rebels earlier this year and it's changed her life.

"Yes, I actually have a mentor," McKayla said. "Her name is Miss Pam and she's helped me a lot."

Exactly the kind of thing the NBA Foundation went looking for when they went sifting through grant applications.

"We're focused on Black youth," said Greg Taylor, executive director of the NBA Foundation. "We know that the racial wealth gap is a significant issue and we want to help get jobs for good young people and so the Running Rebels is a manifestation of that work."

The NBA Foundation's mission is nationwide.

An afternoon ceremony gave a giant shout-out to the Running Rebels, which has been helping Milwaukee teens for more than 40 years.

The grant will go toward fixing up space on the second floor of their facility on Fond Du Lac Avenue.

"It's a lot of character and charm in our space and it needs a bit more love," said Dawn Barnett, co-executive director of Running Rebels.

"So this is a great day for our community and it's awesome to see not just the Bucks being champions off the court, but hopefully being champions on the court in the NBA Finals," said Milwaukee County Executive David Crowley.

As students hit up ping pong, pool, Xbox and Jenga, they look forward to the renovated space and of course, a Bucks win.

"Shout out Bucks and I love everything they're doing here. I love our organization,” said Sledge.

The NBA Foundation got started a little less than a year ago. This is the second Milwaukee organization to receive funds. The other has a similar mission -- it's Operation Dream.