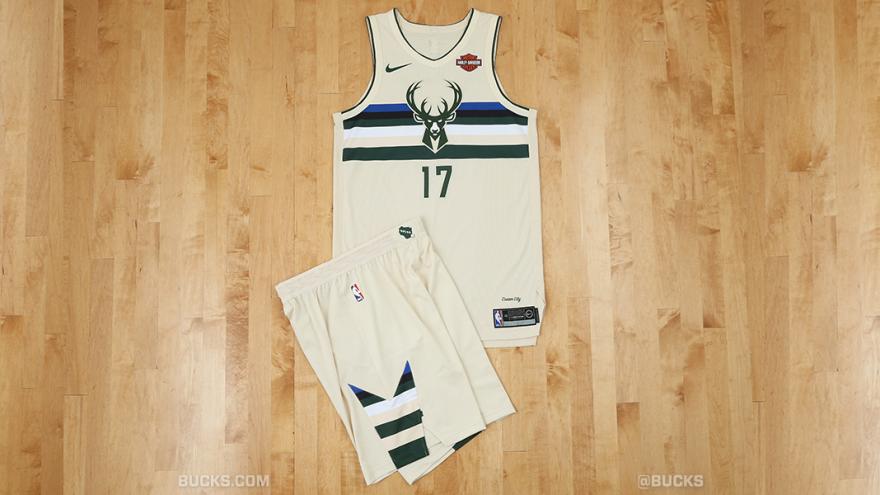 MILWAUKEE (CBS 58) – The Milwaukee Bucks introduced their Nike “Cream City” City Edition uniforms on Wednesday which pay tribute to the city and state the Bucks have called home for 50 seasons. The Bucks will wear their “Cream City” City Edition uniforms 13 times this season – six times at home and seven times on the road – and will make their home debut on January 29 vs. Philadelphia.

The western edge of Lake Michigan is known for producing some of the coldest winters in the country. It has created a gritty and determined fan base much like the young team it supports. The west coast of Lake Michigan also provides the bricks that have given Milwaukee its Cream City moniker. The cream color comes from the clay found in the Menomonee River Valley and has come to define the architecture of the greater Milwaukee area.

“Cream City” City Edition jerseys and accompanying retail items will be available at Bucks Pro Shop locations and online at shop.bucks.com starting on December 28. at 10 a.m.