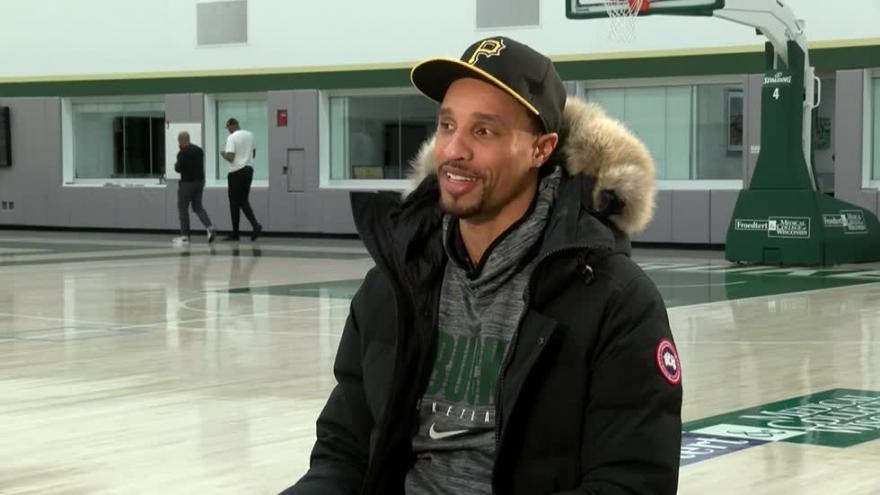 The award recognizes five NBA players for their continued commitment to positively impact their communities through sustained efforts over the course of the 2019-20 NBA season.

Congratulations @George_Hill3 on being named a recipient of the 2019-20 End of Season @NBACares Community Assist Award!! pic.twitter.com/3rtKRtL5Xe

A news release from the Bucks says, this season’s End of Season award specifically recognized players whose exemplary work advanced social justice and provided COVID-19 relief and support, reflecting the longstanding passion of NBA players to give back to their communities and stand up for the principles of equality, diversity and inclusion.

“Every day we have to live our lives with greater respect and purpose. This isn’t a one-person battle, it’s a battle for the entire world,” Hill said. “Now is the time for us to come together as one and embrace each other, love one another and grow together. Humanity is something we’re lacking, and I will continue to do my job to bring back those attributes that we lack today in every community.”

Hill and his Bucks teammates were instrumental in encouraging members of the NBA family to leverage their collective platforms to advance social justice. Electing not to play Game 5 of their First Round playoff matchup against the Orlando Magic on Aug. 26, Hill and the Bucks organized a call with Wisconsin Lieutenant Governor Mandela Barnes and Wisconsin Attorney General Josh Kaul to discuss meaningful measures to address criminal justice reform.

During the NBA hiatus, Hill partnered with Represent Justice for a conversation with Xavier Mcelrath-Bey, who was formerly incarcerated, about the criminal justice system following the Bucks’ Play for Justice event at the Racine Correctional Institution in December. Hill also collaborated with community leaders in his hometown of Indianapolis to open HimByHer Collegiate School for the Arts, which prepares underserved students for college entry and postgraduate success.

George Hill is a great player. The person is even better!

“George is a fierce competitor on the court and he brings that same determination and leadership to his efforts off the court,” said Bucks General Manager Jon Horst. “George is also the ultimate teammate. He plays unselfishly, cares about his teammates and deflects credit to others. The Bucks organization is thrilled to see him recognized for his countless efforts – most done without fanfare - that positively impact the many communities he represents around our country.”

A $10,000 donation from the NBA and Kaiser Permanente will be given to each End of Season NBA Cares Community Assist Award recipient for the charity of his choice. Hill has selected Represent Justice as the recipient of his donation.