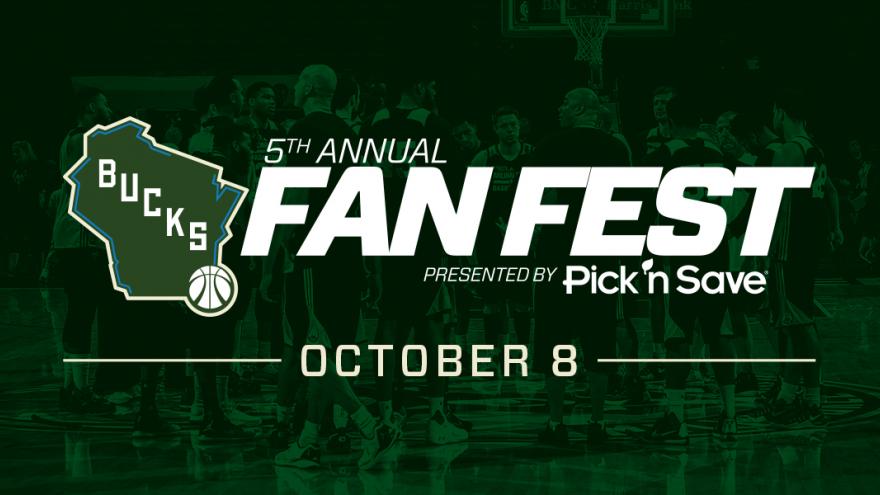 MILWAUKEE (CBS 58) – The fifth annual Bucks Fan Fest returns to the BMO Harris Bradley Center this Sunday, October 8, from 10:00 a.m. to 1:30 p.m. Fan Fest will once again be highlighted by the team’s annual open practice, which is scheduled to take place from 10 to 11 a.m. The event is free and open to the public, but tickets are required and can be downloaded and printed for free at www.bucks.com/fanfest.

The Bucks’ annual open practice provides a rare peek into the inner-workings of an NBA team, including a look at the NBA’s Most Improved Player Giannis Antetokounmpo, the NBA’s Rookie of the Year Malcolm Brogdon, and other Bucks stars like Khris Middleton, Tony Snell, Greg Monroe and new draft picks D.J. Wilson and Sterling Brown. The open practice will take place on the BMO Harris Bradley Center court and last for approximately one hour. General admission seating in the lower bowl will be available on a first-come, first-served basis.

Following the team’s open practice, the arena will be transformed into a festival celebrating the new season of Bucks basketball. Fan Fest will include opportunities for autographs and photos with current players, coaches and broadcasters, the chance to shoot a free throw on the court, appearances by Bucks game night entertainment crews, the opportunity to purchase Bucks gear and memorabilia, and “Bango’s Backyard” with interactive games. This year’s event will also feature video game stations where fans will have the chance to challenge Bucks players at the popular NBA 2K18 video game.