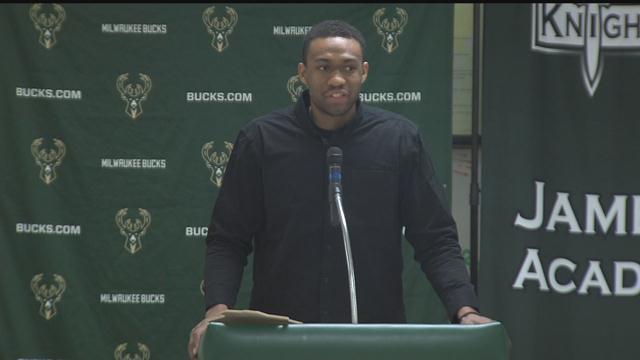 Parker, 21, has appeared in 101 games (97 starts) in his first two NBA seasons and holds career averages of 13.6 points and 5.3 rebounds in 31.1 minutes per game. He was selected to participate in the 2016 BBVA Compass Rising Stars Challenge as part of the 2016 NBA All-Star Weekend in Toronto, where he suited up for the U.S. Team. The 6'8" forward was named to the 2016 USA Men’s Select Team and earned the opportunity to train with the 2016 USA Basketball Men’s National Team during its training camp in Las Vegas in July.

Parker is averaging a team-best 16.8 points to go along with 6.2 rebounds and 1.4 steals in five preseason matchups in 2016.

Under the terms of the NBA’s current collective bargaining agreement, the first two years of a first round draft pick’s contract are guaranteed, while the third and fourth year of the contract are the team’s option.