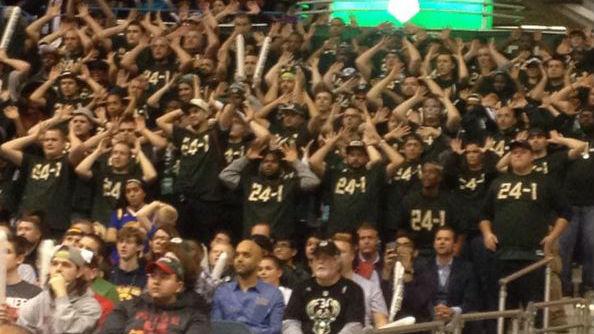 Before the game, the Warriors had won 24 straight games, the longest such streak to start a season in NBA history. But the first blemish on their record came at the hands of a motivated Bucks squad that picked up a triple-double from Giannis Antetokounmpo (11 points, 12 rebounds, 10 assists) and 28 points from Greg Monroe.

Twice in the second half, Michael Carter-Williams hit key baskets to extend Bucks lead after Golden State had pulled within a point. An inspired fourth quarter spelled doom for the defending champs, with Milwaukee outscoring Golden State 28-18. The Warriors played double overtime Friday night in Boston.

The win is the Bucks' 10th victory of the season, and easily their biggest moment of this regular season. Jason Kidd's bunch have now beaten the Cavaliers and Warriors as part of their 10 win season.