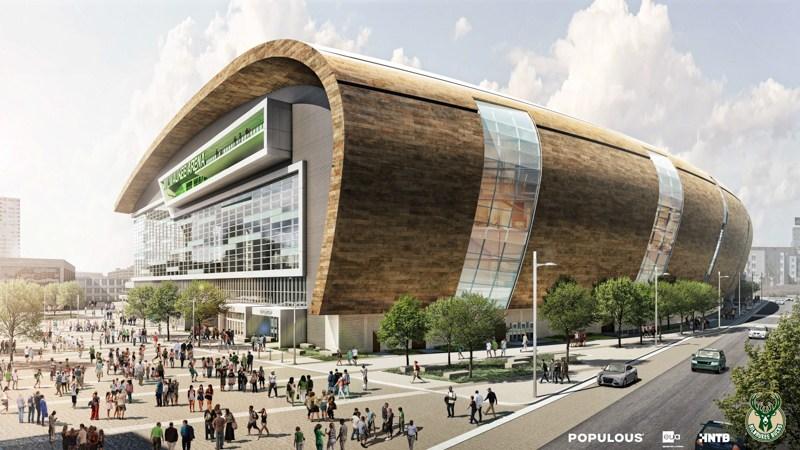 The Milwaukee Bucks confirm to CBS 58 that Mortenson Construction has been named as the construction manager for the new multi-purpose arena to be built in downtown Milwaukee. The 714,000-square-foot facility, which is the result of a historic public-private partnership between Bucks ownership, Senator Kohl, and the city, county and state, will anchor a new sports and entertainment district in Milwaukee that will transform 30 acres of vacant land into a new vibrant, urban neighborhood activated by sports, entertainment, residential and office uses. The Wisconsin Center District, which will own the new arena, recently approved of the selection according to a press release from the Bucks.

“We’re thrilled to welcome Mortenson to the team as we continue to transition our collective efforts to transform and revitalize Milwaukee from vision to reality,” Bucks President Peter Feigin said. “Mortenson is widely regarded as one of the top sports builders in the world, and their unmatched expertise will be an enormous asset as we get to work this summer constructing a world-class, multi-use facility that will be a source of economic growth and civic pride for all of Wisconsin.”

As the second-largest sports builder in the country, Mortenson has completed over 160 sports and entertainment projects in the U.S., and is currently constructing the future homes of the NFL’s Minnesota Vikings (U.S. Bank Stadium in Minneapolis) and MLB’s Atlanta Braves (SunTrust Park in Cobb County, Ga.). Mortenson has also been tabbed to construct the Chase Center – the future home of the Golden State Warriors in San Francisco.

In addition to extensive building experience, Mortenson has a strong reputation for incorporating workforce development and diversity inclusion into their projects. The Milwaukee Bucks have committed to meeting city and county job requirements as part of the arena construction, including 40% RPP and 25% SBE on the project.

“Mortenson and all our team members are excited to be selected by the Bucks organization as the builder for their new arena,” said Derek Cunz, vice president and general manager of Mortenson’s Sports Group. “It will be a privilege to build this landmark project and we believe our expertise in building sports venues, engagement of the local community, and careful planning and execution of the work will contribute to its success. It will be a wonderful project and will help create life-long memories for generations of fans.”

Mortenson has been a part of the Milwaukee community for over 30 years, including a regional office in Brookfield. The company managed the construction of 1000 N. Water Street, Kilbourn Tower and the Harley-Davidson Museum. Mortenson is currently working with customers including Froedtert, Uline, Kohl’s, Marquette University, Acuity Insurance, St. Camillus, and Kohler Company.

“Mortenson brings 30 years of local Milwaukee construction experience and is proud to partner with the Milwaukee Bucks to deliver this transformative project for our community,” said Scott Heberlein, vice president and general manager of Mortenson. “We share in the team’s excitement and commitment to provide local workers and businesses the opportunity to help build this world-class arena.”

The new Bucks arena was designed by Populous, Eppstein Uhen and HNTB. The team submitted detailed design plans to the city last week and is expected to break ground on the project this summer. To see renderings or learn more about the project, visit www.bucks.com/arena.