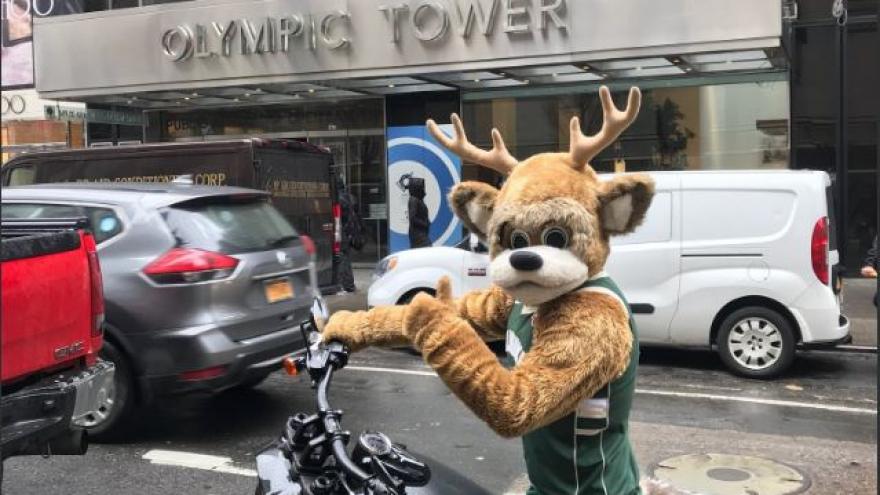 NEW YORK (CBS 58) -- Milwaukee Buck's mascot Bango was on hand in person in New York City to deliver the teams' proposal to host the NBA All-Star game in either 2022 or 2023.

Bango road up to the NBA headquarters on a Harley motorcycle to deliver the package to Peter Fink the NBA's Senior VP of Events and Attractions. The package included a bottle of beer and a note to NBA Commissioner Adam Silver that said "We look forward to the opportunity to toast with you in 2022/23." The note was signed by Bucks President Peter Feigin.\

“We look forward to the opportunity to toast with you in 2022/23.” - Bucks President @pfeigin to @NBA Commissioner Adam Silver on Milwaukee’s @NBAAllStar bid pic.twitter.com/EHMMkf4WoH

The Bucks first confirmed their proposal for the All-Star Game at the beginning of February.