"Nothing better than following a very challenging night on the court with some great news in the City of Milwaukee," said Buck President Peter Feigin. "This will be one of the premiere hotels in all of Milwaukee, and the best location in the city."

Milwaukee Mayor Tom Barrett is excited about the new hotel development plans after many disappointments in the city because of the pandemic, including the cancellation of Summerfest and a very scaled-down Democratic National Convention.

"We know life changed dramatically once the pandemic hit and it was much more challenging down in the bubble, but all of that is now past and I think we should a round of applause to our Milwaukee Bucks," Mayor Barrett said.

Bucks announce new luxury hotel will be built near @FiservForum and is set to open in 2023 @CBS58pic.twitter.com/KUZ9V5oozM

The hotel is set to have more than 200 rooms and is being developed with the Madison-based North Central Group (NCG).

Mayor Barrett says it's a project many people doubted would happen.

"When this was in conception, there were a lot of skeptics, a lot of people who said oh this is never going to happen. It’s never going to become a reality, but what we are witnessing in real time with this partnership is the renaissance of this part of the City of Milwaukee," Barrett said.

The public spaces of the hotel will include multiple food and beverage options that cater to the guests and the public, including an elevated restaurant and bar/lounge area, meeting spaces, and an outdoor terrace and plaza area. 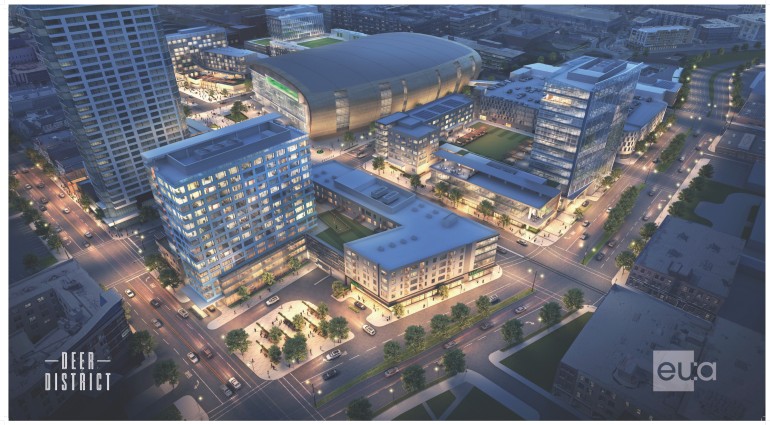