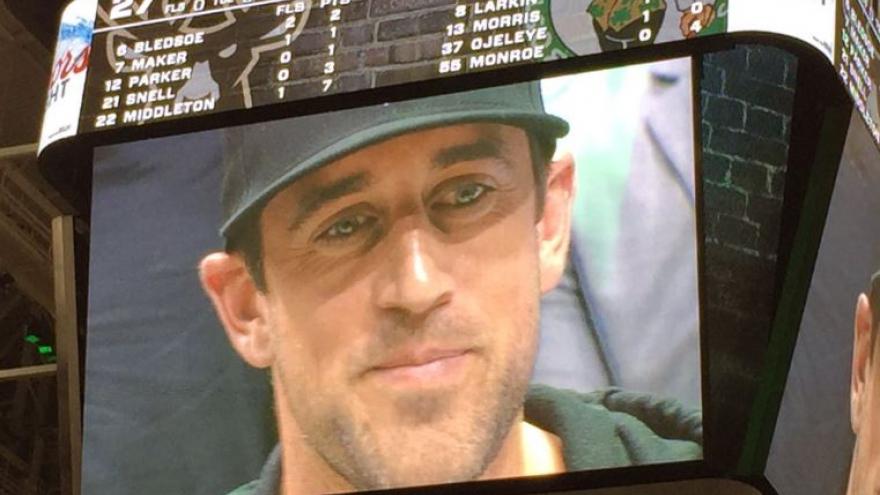 MILWAUKEE (CBS Sports) -- Aaron Rodgers is now an NBA owner. On Friday it was announced that the Packersquarterback is a limited partner in the Milwaukee Bucks ownership group, becoming the only active NFL player to have an ownership stake in an NBA team.

"I have proudly called Wisconsin my home for the past 13 years, and I am thankful for the friendships and the opportunities I have been given to live and play here," Rodgers, a minority owner, said in a statement released by the Bucks. "I am excited and honored to deepen my connection to the region by joining Wes Edens, Marc Lasry, Jamie Dinan, Mike Fascitelli and the ownership group of the Milwaukee Bucks. As a huge fan of the NBA and the sport of basketball, this is a dream come true for me, and I look forward to furthering my affinity for Wisconsin sports as a minority owner in a team I love and support."

The current ownership group purchased the Bucks in 2014 for $550 million.

"Aaron is a winner, a Wisconsin icon, and we are honored to welcome him to our partnership group of the Milwaukee Bucks," the Bucks ownership group said in a statement. "With our team in the playoffs and our new world-class arena opening this fall, it's an exciting time for this city and the Bucks. We are thrilled for Aaron to be with us."

Rodgers, originally the Packers' 2005 first-round pick, has made more than $137 million in his 13 NFL seasons, according to Spotrac, and is expected to earn another $41.6 million over the final two years of his current contract.

"I've lived here for 13 years, I love this state, I love this region...to show my love and support for the rest of the region and our team in Milwaukee, it was an opportunity I couldn't pass up."

MILWAUKEE (CBS 58) -- The Bucks have announced Aaron Rodgers is joining the franchise as part owner.

The #Bucks just announced Aaron Rodgers is joining the ownership group as a "limited partner" pic.twitter.com/4dkDLJo7WB

Rodgers was described as a "limited partner" in the announcement at the arena Friday night.