Brutally Honest: Is it OK to spy on your kids? 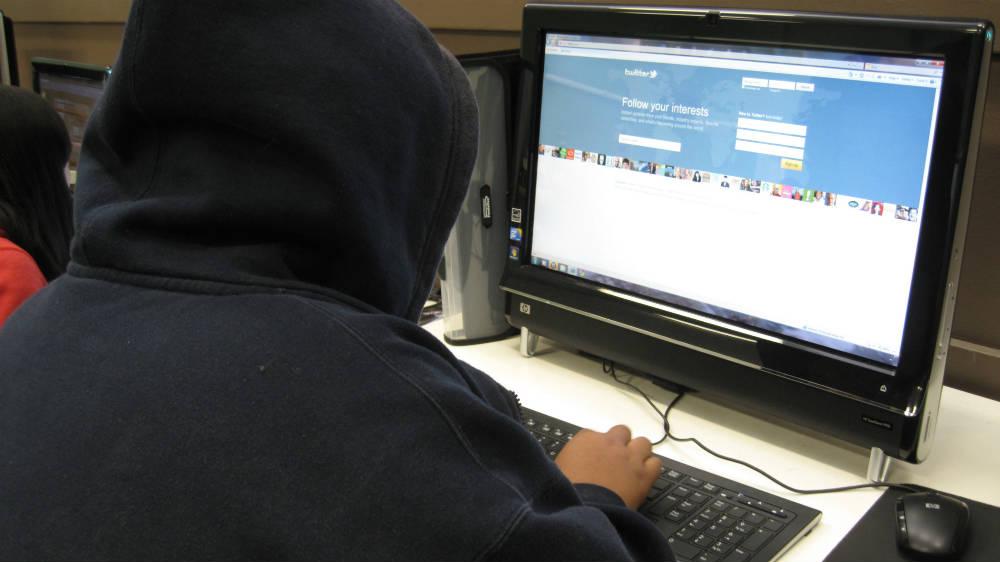 Whether you think spying on your kids is acceptable in today's digital age or a breach of trust seems to really depend on how you define \"spying\" in the first place.

In conversations over email with parents across the country, it's clear that people have dramatically different views about the definition and whether it's an appropriate behavior to help keep children safe.

\"I don't call it spying. I call it parenting,\" said Amanda Rodriguez, a mom of three boys in Frederick, Maryland, which is pretty much how I feel as well.

Rodriguez says her sons know she will have the passwords to all their social media and email accounts until they're 18 and that she regularly reads the texts of her oldest son, who's now 13.

\"I'm not sitting around listening on the other handset when he's on the phone or wearing a disguise to the school dance, but ... were I to become suspicious about his actions or fearful of his safety, I would totally get out my fake mustache and crash a dance,\" said Rodriguez, founder of the blog Dude Mom.

John Furjanic, who has a 7-year-old daughter, says spying may sound bad, but it can save a child's life.

\"When Elsa was an infant, I spied on her all the time. She had no choice in the matter. We even had a baby monitor,\" said Furjanic. \"As children get older, the risks they will run into grow.\"

On the other side are parents such as Lori Day, an educational psychologist and mom of a daughter in graduate school, who considers spying \"an invasion of privacy and a violation of trust.\"

\"I think spying on kids is wrong,\" said Day, author of \"Her Next Chapter,\" a book about mother-daughter book clubs. \"It's a good way of sabotaging your relationship with your child if you get caught.\"

That is along the lines of what happened to another mom, who didn't want to give her name for fear of throwing her own mother under the bus by talking publicly about an incident when she was younger.

\"When I was a young teen, I caught my mother reading my diary, and to this day, I haven't forgiven her for it. I don't want my children to feel the same way about me,\" she said, adding that she will try her hardest to respect her children's privacy when they get older.

Change the word \"spy\" to \"monitor with a child's knowledge\" and you get more agreement on the part of parents that it's an entirely appropriate thing to do when kids are spending much of their free time on social media.

Some 43% of parents with children younger than 18 who have smartphones said their kids know they monitor their phone activity, according a poll conducted near the end of 2013.

Cherylyn Harley LeBon, a mother of two, said she reads her children's texts and has controls on their computer so she knows what sites they are visiting.

\"I would prefer to call it 'oversight,' which is what my parents employed when my siblings and I were growing up in our small town in western New York when there were fewer issues requiring oversight, namely no Internet, no texting, no issues with young girls meeting young boys/men online and then meeting them in person,\" said Harley LeBon, a writer, strategist and former senior counsel to the Senate Judiciary Committee.

Janeane Davis also says she checks her children's text messages and Internet history and even reviews criminal records to keep tabs on her daughter who goes to college out of state.

\"I have not found problems yet, but I plan to continue to spy on them as long as I am responsible for them,\" said Davis, a mom of four who blogs at Janeane's World. \"Just as it is my duty to feed, clothe and shelter them, it is my duty to monitor their behavior and protect them from potential harm.\"

The rule in Rhonda Woods' house is that all passwords and login codes for all apps and devices must be known by her and her husband, or the devices are taken away.

\"I will periodically ask my kids to unlock their devices and walk me through their apps, etc. I always explain why I want to see their devices and if I'm looking for something in particular,\" said Woods, a real estate agent in New Milford, Connecticut, and mother of three, ages 20, 13 and 13.

\"I really believe in establishing a high level of trust,\" said Koch, an author, journalist and style expert. \"In order to have access to a phone ... my daughter had to prove that she could follow rules (my husband had her write an essay!) and commit to limits on phone/social media use. She has really followed through, so I do not read her texts.\"

The key to keeping kids safe and keeping their trust at the same time is making sure your children are aware you are monitoring them, says family therapist and parenting strategist Tricia Ferrara.

\"Be clear and candid that you will have access to any and all accounts until the child has been consistent with accountability and judgment offline as well as online,\" said Ferrara, author of \"Parenting 2.0: Think in the Future, Act in the Now.\"

For parents such as Jennifer Alsip, a mom of two girls, 18 and 22, it was the threat alone of spying that eliminated the need to ever snoop on her children.

\"I never spied on my two daughters, but I always threatened them that I would if they ever gave me reason to not trust them,\" said Alsip, of Robinson, Texas. \"I think the threat and them knowing I would actually do it if I needed to kept them honest.\"

Terry Greenwald, a father of three grown children, also never spied on his kids when they were growing up. He recalls one incident where spying might have changed the outcome but said it would have altered the trust between him and his kids.

\"I believe mistakes are one way children learn to listen to parents and a part of growing up,\" said Greenwald. \"I realize that allowing them the room to make mistakes is becoming more and more dangerous, but this is the world we live in.\"

But it is precisely the new world we live, where everything you say online could be used against you at some point, that makes parents such as Nancy Friedman, founder of the video sharing site for tweens KidzVuz, believe it is important for parents to spy on their children's online lives.

\"If you want privacy, the Internet is not the place to find it,\" said Friedman, who has twins in middle school. \"Better for kids to find that out from their parents learning something about them the kid didn't want them to know than for it to be a college admission officer, potential employer or some ill-intentioned stranger getting closer than they'd like.\"

Sharon Kennedy, a mom of two girls near Denver, has mixed feelings about the issue and probably sums up how a lot of parents reading this might feel.

Sure, there are probably instances where some form of spying or monitoring is warranted, she says, especially when technology is such a huge part of everyday life, but aren't there other steps parents can put in place, she asks, such as banning computers and phones from the bedroom during evenings and trying to have family dinners together when possible?

\"I truly believe that being present has the most positive effect on our kids,\" said Kennedy. \"More presence = the need for less spying (hopefully!)\"