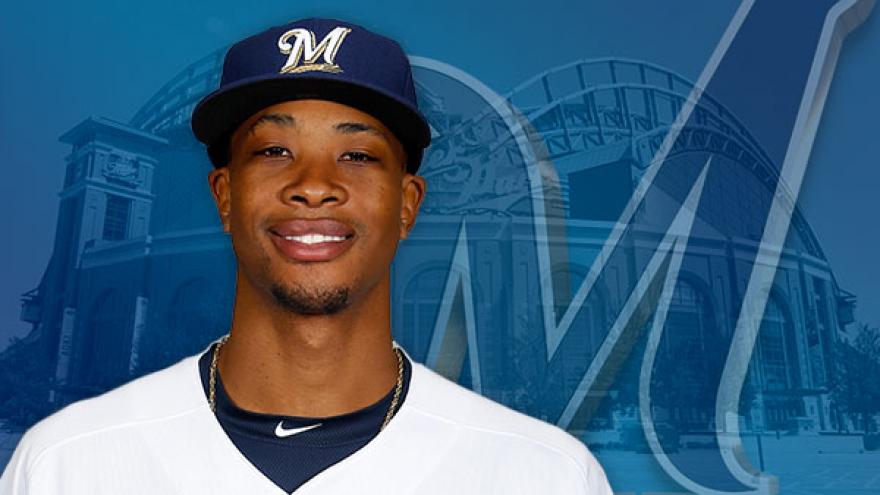 The center fielder’s latest gem may have been his best one yet.

Broxton helped preserve a lead in the ninth, rookie Nate Orf hit a solo homer in Milwaukee’s two-run seventh and the Brewers beat the sliding Minnesota Twins 3-2 on Wednesday.

Broxton was on deck when Orf went deep two batters after Brad Miller hit a solo shot off Jose Berrios (8-7) to lead off the bottom of the seventh. It was Orf’s first career hit after coming up empty in his first seven at-bats.

Just a couple weeks ago, Broxton and Orf were also teammates at Triple-A Colorado Springs.

The Miller Park crowd was just as deliriously happy with Broxton’s catch. He ran full speed back to the wall and jumped with an outstretched glove to rob Brian Dozier of a homer for the second out in the ninth.

Broxton, filling in for the injured Lorenzo Cain, also made a tough catch at the angled part of the wall in center in a 6-5 win over Minnesota on Friday. He made a diving grab in the ninth last week to preserve a win at Cincinnati.

But manager Craig Counsell said Broxton’s latest catch was “special ... that one, he was on the run and had to time everything absolutely perfectly.”

The play prevented a rocky ninth for Corey Knebel from getting any worse. Eduardo Escobar hit his 13th homer and Jorge Polanco singled with two out, but Max Kepler flied to left to end the game. Knebel picked up his 10th save.

Jesus Aguilar and Manny Pina lifted Orf up by his legs at the dugout steps to help the rookie answer a plea for a curtain call from a vocal crowd following his homer in the seventh.

“They picked me up and that’s when I noticed they wanted a curtain call,” Orf said. “Next thing I know, I’m in front of all the fans on their shoulders. It was awesome.”