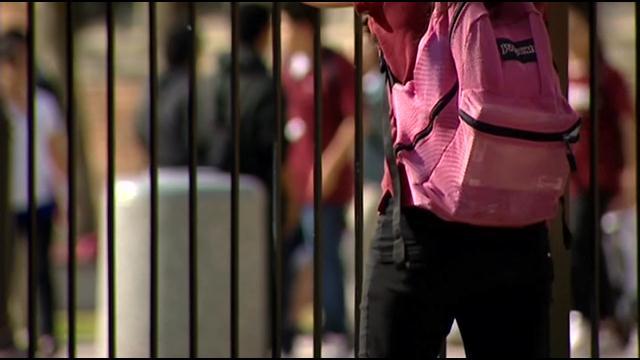 Four students at Brown Deer Middle School could face sexual assault charges.  Many parents in the community are shocked by the allegations.

\"I'm just overwhelmed about that,\" said Gloria Allen, a mother.

The students are between the ages of 12 and 14.

\"With me having three kids of my own, and about to be in middle school I think it's a terrible thing,\" said Darryl Thornton, a father of 3.

Brown Deer Police say it happened at a students home, a gathering some call-- a sex party.

\"I use the party as a term loosely, because that's not really what it was-- really just four middle school students got together and sexual activity kind of engaged after that,\" said Chief Michael Cass, of Brown Deer Police Department.

Chief Cass says the sexual acts were recorded on a cell phone, but the video was not shared on social media.

\"My concern is-- where are the parents,\" said Allen.

No adults were home at the time.  The incident draws attention to the need for parents to take a more active role in their children's lives.

\"We can't wait until our kids come to us and ask us, we have to bring up these conversations,\" said Maria Barker, of Planned Parenthood Wisconsin.

Officials at Planned Parenthood Wisconsin say it's important for parents to have an open discussion with their children about sex.

She says some mistakes can lead to permanent damage, and parents like Allen, agree.

\"It can ruin their life, forever,\" said Allen.

“We are deeply troubled to learn that four Brown Deer students have been arrested for
sexual assault in relation to a situation that happened off school property. This situation
was originally brought to the attention of the school administration by other students
who were concerned for the safety of the students allegedly involved. School
administrators immediately contacted the police and are actively working with
authorities as the investigation takes place.

While the nature of the situation and ages of students require us withhold much
information, it is important to note that the alleged incident did not occur in our schools
or on our campus and the students were not arrested in our schools.”