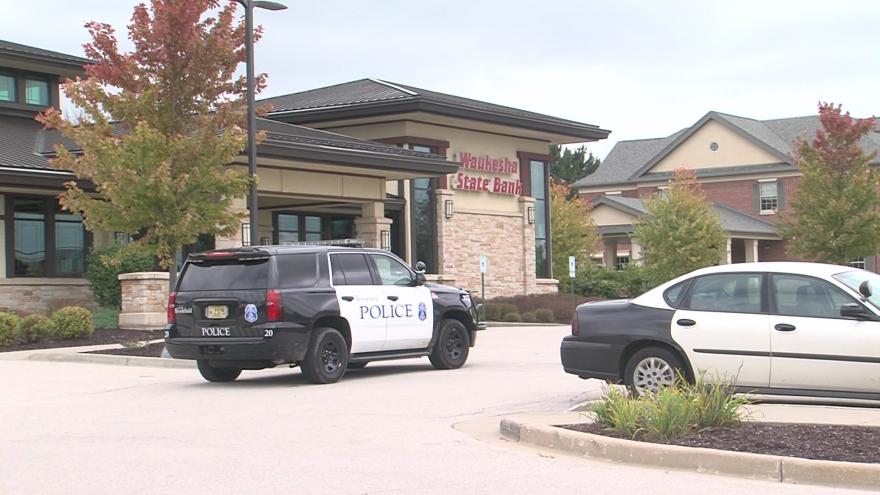 Someone robbed the PNC Bank at 124th and North just after 10 a.m. Less than half an hour later, the Waukesha State Bank in Brookfield was also robbed.

Police say the robberies are under investigation.

BROOKFIELD, Wis. (CBS 58) – Brookfield police are investigating a robbery that occurred at the Waukesha State Bank on Capitol Drive on Thursday, October 3.

According to the Brookfield Police Department, the suspect entered the bank around 10:30 a.m., wearing a black bandana that concealed his face.

The suspect fled the bank on foot with an undisclosed amount of cash.

Police describe the suspect as a white male, standing 6’00” tall, between the age of 30-40. He was last seen wearing a black hooded sweatshirt with the words “Everlast” on it, and gloves.

Officials believe this robbery may be connected to another robbery that occurred at the same bank on September 25.

Anyone with information on this suspect is asked to contact Brookfield police at 262-787-3702.