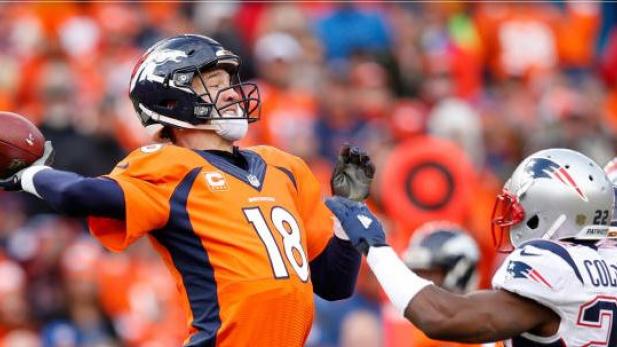 (CBSNews) Peyton Manning will get another chance to win a second Super Bowl after barely surviving a late rally by the Tom Brady and the New England Patriots.

The Denver Broncos beat the Patriots 20-18 in a thriller that nearly went the other way at the last second.

With less than 90 seconds on the clock, Brady connected with All-Star tight end Rob Gronkowski on a deep downfield through that later set up a touchdown between the two. However, it was all for nothing, as Brady's attempt at a two-point conversion was bobbled and eventually fumbled.