Brewers to Address Concern about Mascot 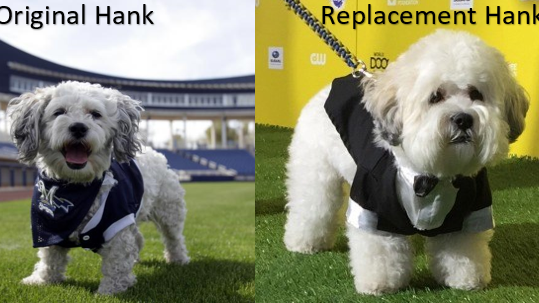 Hank the Ballpark Pup is back in the headlines and the Brewers are finally addressing the concern at a press conference on Friday at 11:30 AM.

The dog began to make waves recently after a blogger claimed Hank is dead and put together side-by-side pictures of Hank with appearances over the years and there is a noticeable difference.

The Brewers added to speculation by calling Hank "Hank 1" in their press release announcing the press conference.

A press conference has been scheduled for tomorrow related to "Hank 1." Stay tuned for more information.

Theories are running rampant from the death of Hank to a body double to just a simple haircut. What do you think? Let us know on Facebook or Twitter!

We will let you know what the Brewers say on CBS 58 News at Noon.