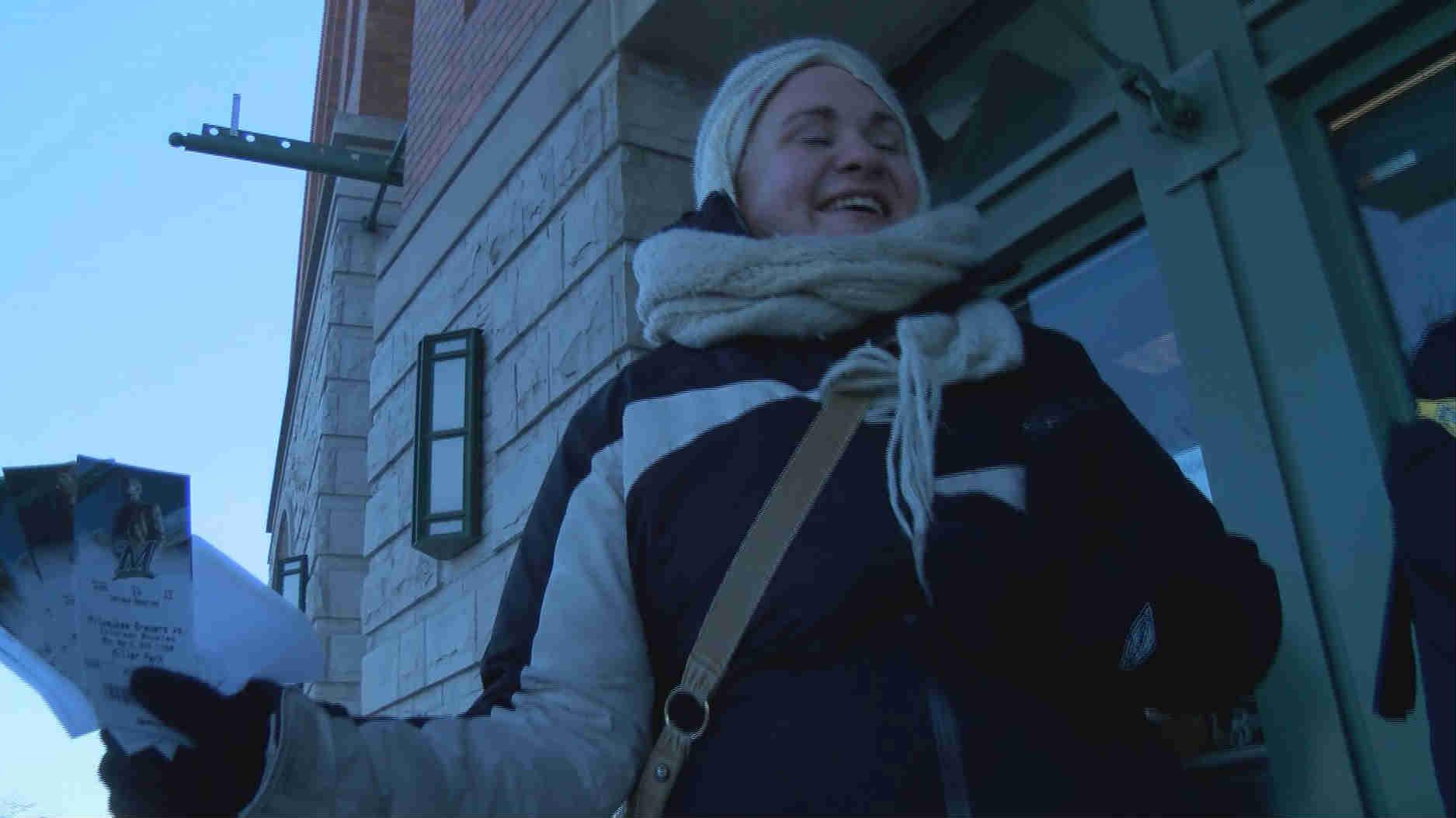 A building that usually houses the \"Boys of Summer\" became an icy shelter Saturday for die-hard brewers fans like Lynn Miller.

Showing up to Miller Park at 8:15 a.m. meant Miller found herself near the end of the \"arctic tailgate\" line, behind thousands of people shivering, waiting for opening day tickets.

\"A lot of mingling, a lot of meeting different people and, of course, you want to kick off the brewers season with a win,\" Miller said.

Getting a spot in the very front took a little extra effort.

\"Drove in a few days ago only to find out there was no possible way we were going to be camping out.\" Greg Schmidt said.

Schmidt showed up from Madison Thursday hoping the Brewers would still let his group set up camp like they have in years past.  But the team decided temperatures were too cold and only started letting people line up before dawn Saturday.

\"We've been here through ice storms, blizzards, polar vortexes, things of that nature,\" Schmidt said of past tailgates.

Fans could only buy four home opener tickets each, but waiting in line Saturday morning was the only way to get the first shot at individual seats.

\"There's no other team in Major League Baseball that does this and, I can tell you, no minor league team does this either,\" new radio announcer Jeff Levering said.  Levering says the Brewers have one of the most passionate fan bases he's seen across the country.

\"Not only to come out on a cold day, but every day of the season,\" former Brewers outfielder Larry Hisle said.  \"We draw over 3 million fans from a very, very small market.\"

Small-market fans with big dreams for what 2015 will bring.

The home opener is 37 days away, April 6 against Colorado.