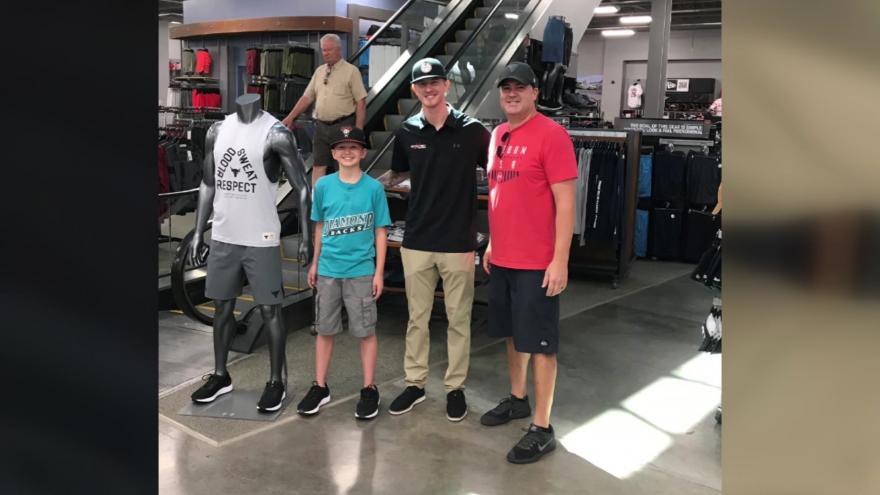 Stephen and Dillon Wildrick were in town for the All Star Game after winning a nationwide Home Run Derby Competition for young ball players.

Hader surprised the father and son, shopped with them and gave them pitching instructions in the batting cages at the store.