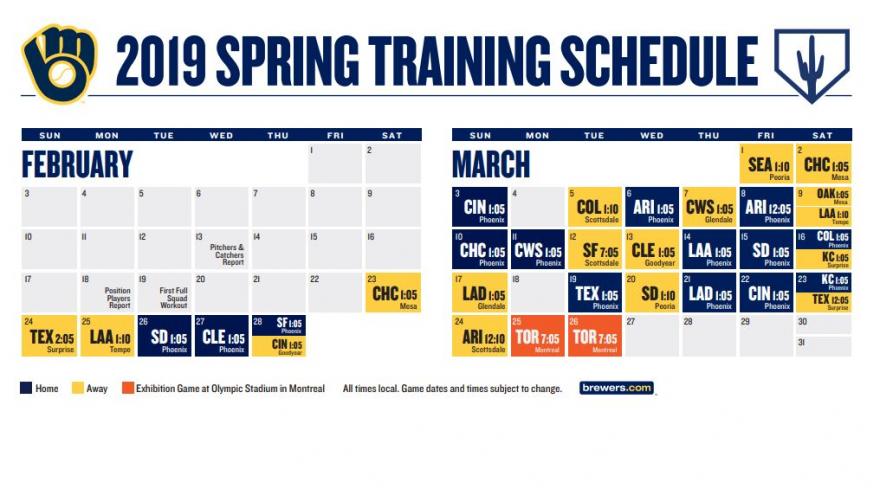 MILWAUKEE (CBS 58) – The Milwaukee Brewers have made some adjustments to their spring training schedule.

The Brewers have added a split-squad game to their Spring Training schedule on Saturday, March 9 at the Los Angeles Angels in Tempe, Arizona (the Brewers also have a split-squad game at the Oakland A’s that day). Additionally, two start times have been moved up an hour. The game on Friday, March 8 vs. the Arizona Diamondbacks will begin at 12:05 p.m. local time and the Sunday, March 24 game at the Diamondbacks will start at 12:10 p.m.