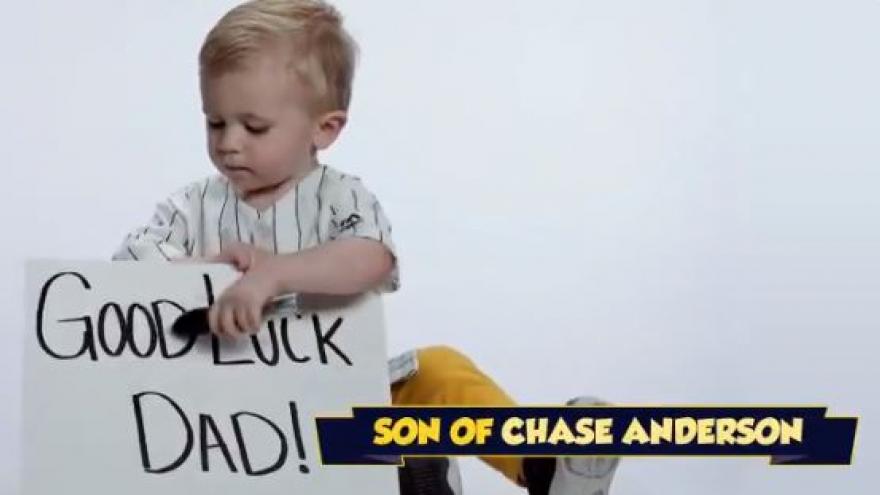 MILWAUKEE (CBS 58) -- The Milwaukee Brewers have released a video showing the kids of players wishing their dads good luck.