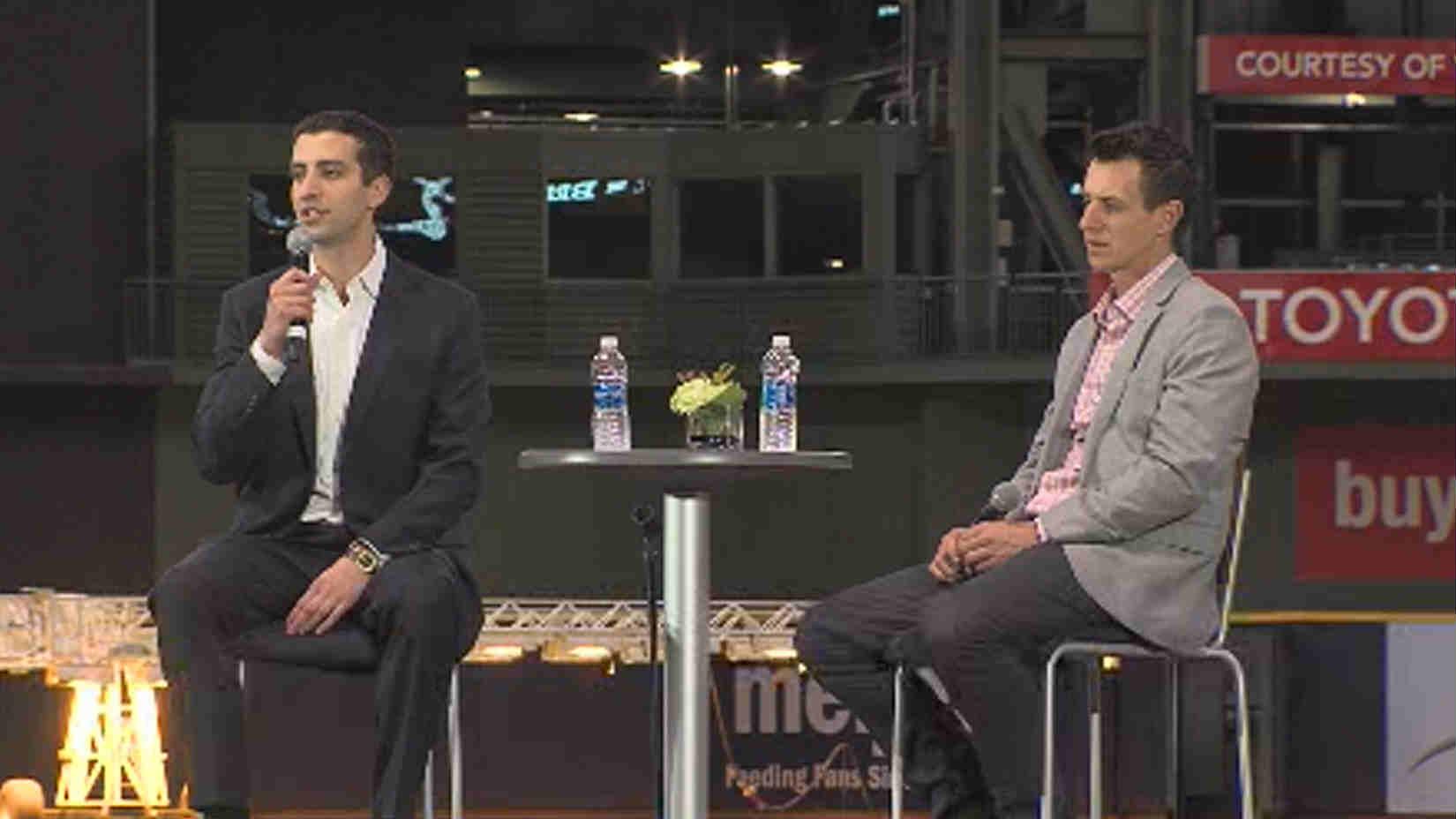 Team management was pressed for answers as to how the Brewers plan to groom talent from the minors and keep talented players on the roster in Milwaukee.

"We have to be very careful that we're protecting the proper players and putting them on the major league roster to keep them in Brewers organization," answered General Manager David Stearns. "We have some space now, need to create some more. We're discussing those moves. Our process will only work if we keep them in the organization and get them to Milwaukee."

Fans were cordial, some even thanking the team for an interesting season.

Last year's "Inside the Brewers" fan forum was so well received that the team decided to do it again this year.

Only this time it was free.

The event was live streamed for all fans at brewers.com/insidethebrewers and will later air as a special program on FOX Sports Wisconsin. The exact time has yet to be announced.

Chief Operating Officer Rick Schlesinger spoke about the new amenities coming to the ballpark for next season.

Manager Craig Counsell told the crowd that he has been watching the World Series.

"I think game 7 rekindles feelings that you want to keep close to you and sometimes you have a hard time grabbing onto. Those are the feelings you want to feel all the time. I also got to teach my 8 year old daughter about the playoffs. Watching her learn the game as the month went on was really cool for me."

He admitted to bringing out some old clips of his playing days for her to see.

Stearns said that building towards a World Series is an obvious goal for any team and that he appreciated how Brewers fans are really well educated on the game and the team particulars.

He said the team has made steps in staying competitive in a very tough division.

"We've been able to acquire younger players. Any time we finish a year with 73 wins, I'm not going to be happy," admitted Stearns.

"I remember talking with the coaches in January," recalled Counsell. "The foundation we build is really important. Building that foundation and building it right is the focus of my attention."