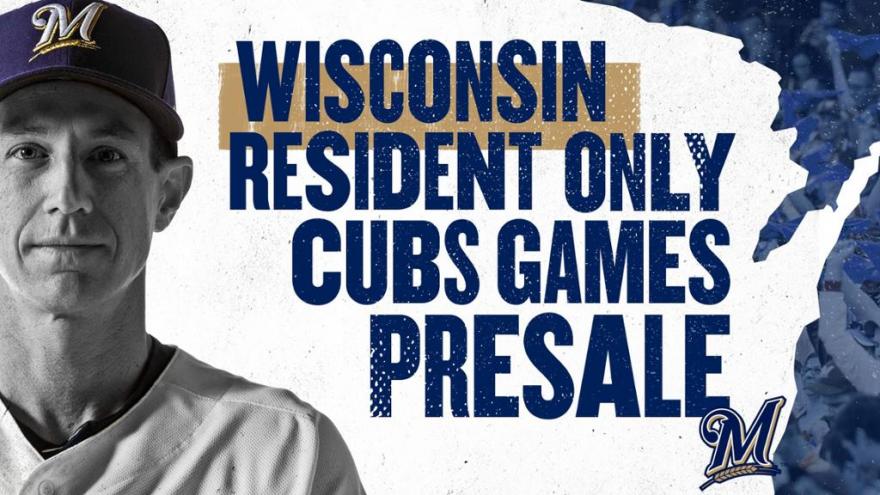 MILWAUKEE (CBS 58) – The Brewers are allowing Wisconsin residents to purchase tickets to any of the 10 regular-season home games against the Chicago Cubs in 2019 before the rest of the country.

In a statement, the Brewers said as the NLCS champions the team wants to defend their title against the Cubs and wants Miller Park to be "filled with loud and proud Wisconsin fans cheering on the boys of summer."

In a tweet, the Brewers said, "Any claims that this presale is an attempt to prevent Cubs fans from getting Brewers tickets are... well, pretty accurate, actually."

Fans may purchase up to eight tickets to any of the 10 regular-season home games against the Cubs this season. The presale runs from 9 a.m. February 14, until 11:59 p.m. on Friday, February 15, offering Brewers’ fans another opportunity to guarantee their seats at Miller Park before single-game tickets become available to the general public at 9 a.m. on Saturday, February 16.

Tickets for Wisconsin residents are available here and interested fans must have a valid Wisconsin address when purchasing tickets.